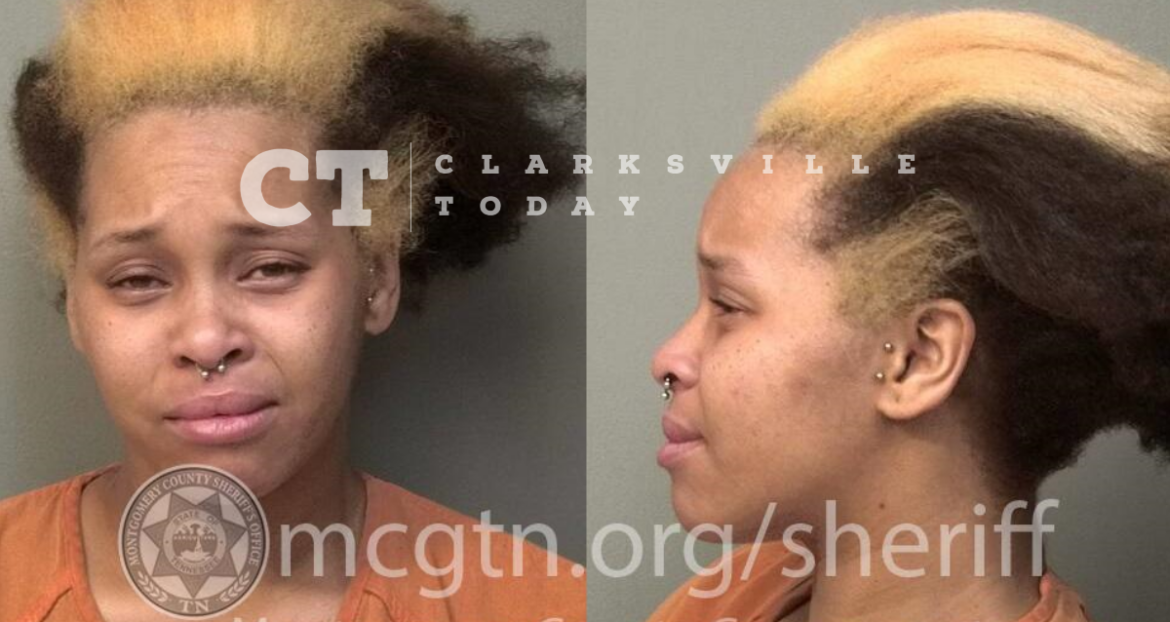 Clarksville Police responded to a crash at Tiny Town Road & Clearwater Drive to find 28-year-old Jaszmine Younger as the driver of the wrecked vehicle. She appeared intoxicated, according to Clarksville Police Officer Joshua Godwin, and later admitted to drinking prior to driving. She declined field sobriety tests and was transported to booking.

Jaszmine Danielle Younger, of Caroline St in Oak Grove, KY, was booked into the Montgomery County Jail on May 10th, charged with driving under the influence (DUI) and violating the implied consent law. She is free on a $2,500 bond.