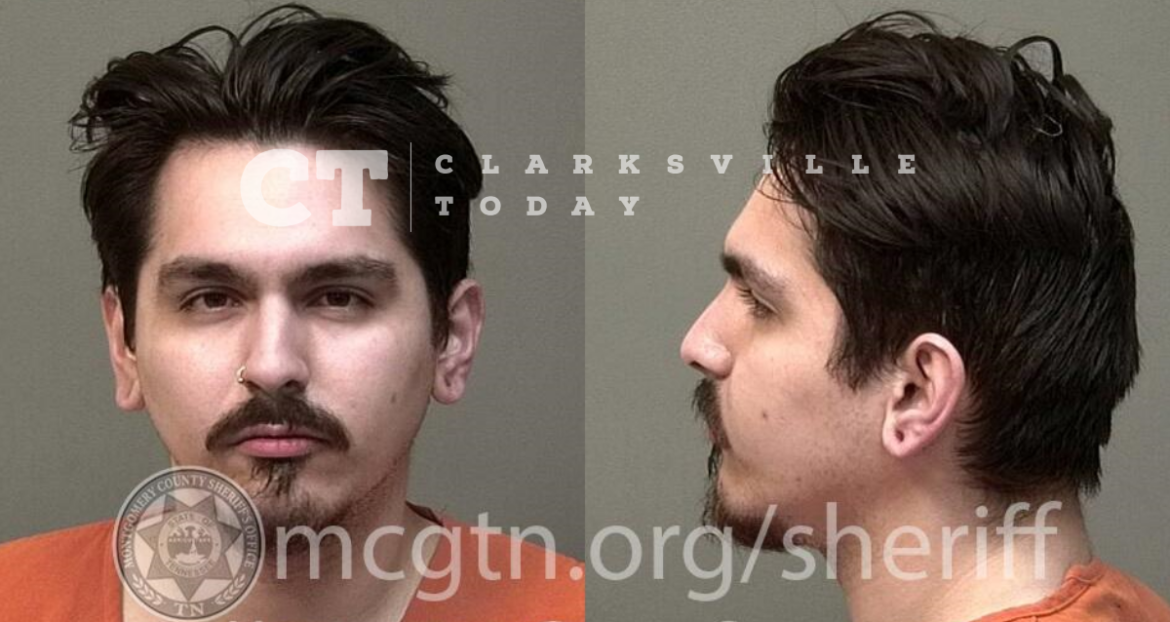 Clarksville Police responded to Rainbow Street at 4:33 a.m. Monday after the homeowner reported it appeared someone had stumbled onto their property and passed out in their yard overnight. Officer Justin Bolden made contact with 24-year-old Christopher Rivera, of Nashville, and attempted to speak to him, however, he was too incoherent to carry on any understandable conversation according to an arrest report. He was extremely intoxicated and barely able to stand on his own.

Christopher Arquel Rivera, of Grandview Drive in Nashville, was booked into the Montgomery County Jail on June 6th, charged with public intoxication.