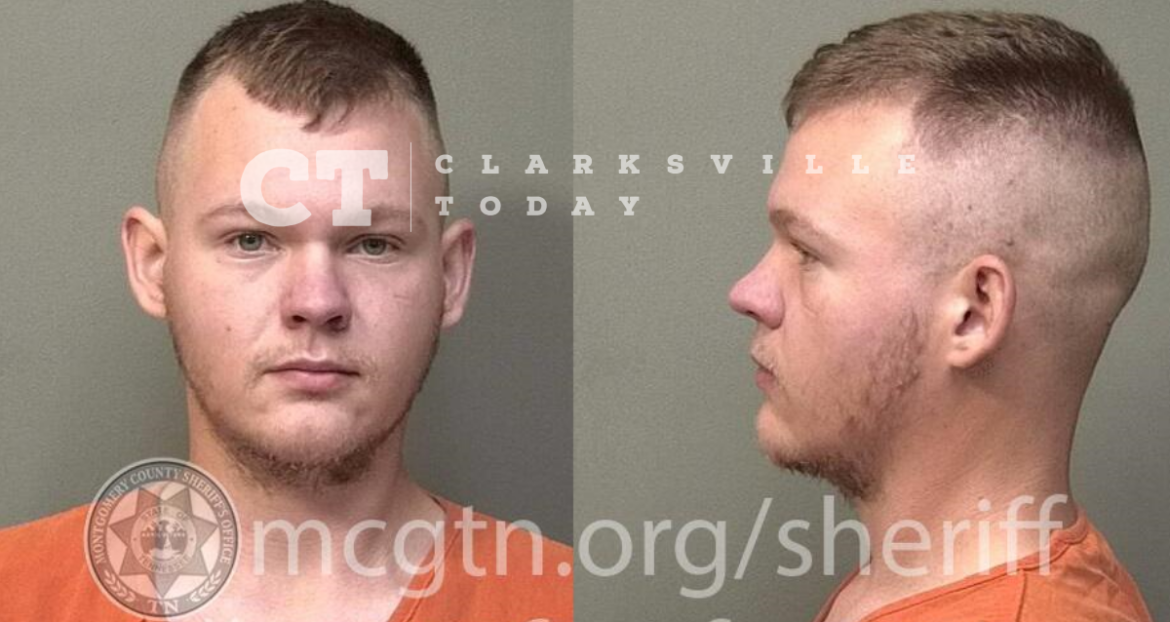 23-year-old National Guard Infantryman Nathaniel Gann was erratically driving a red Ford Mustang late Friday night on Providence Blvd. When officers arrived on the street, they observed the Mustang traveling at only 15 mph and swerving onto sidewalks, and barely missing utility poles. Once the vehicle was stopped, Gann was noted to be extremely intoxicated and could barely stand when he exited the car. He admitted to drinking at Hooters prior to driving. There was a handgun in the backseat, which had been reported stolen, and seven open beer cans. A search of the trunk revealed nine more open beer cans and a shotgun. Lastly, Gann’s license was revoked from a prior DUI in 2021. Gann proudly stated he was a member of C troop, 1st quad, of the 278th ACR of the Tennessee Army National Guard.

Nathaniel Timothy Paul Gann, of Hinkle Road in Sardis, TN, was booked into the Montgomery County Jail on June 3rd, charged with theft, DUI 2nd, open container, driving on revoked/ suspended license, implied consent, and unlawful carrying of a weapon. A commissioner set his bond at $10,000.