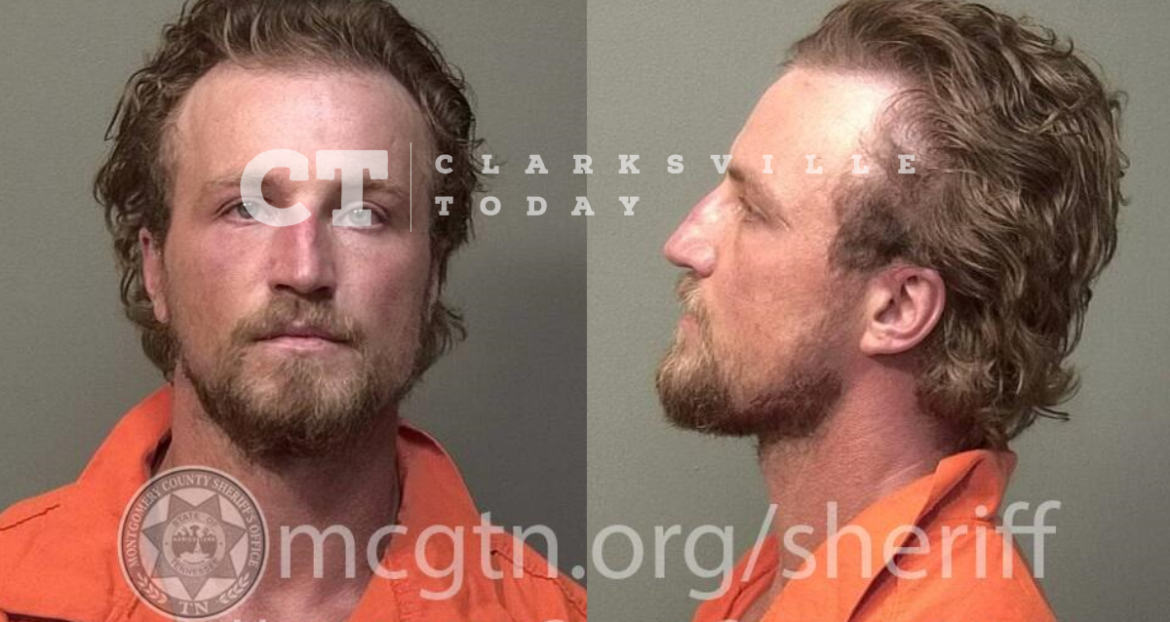 Clarksville Police responded to a vandalism call at the Flats Off Madison complex on July 10th, where they located 32-year-old Paul Klopfer in the parking lot with his father. The complainant stated Klopfer was armed and extremely drunk and had fallen onto his car, causing some damage. Officers report Klopfer reeked of alcohol and was unaware of where he was or how he got there. He also produced a loaded Glock 19 from his waistband when asked if he was carrying any weapons.

Paul Daniel Klopfer, of Seven Mile Ferry Rd in Clarksville, was booked into the Montgomery County Jail on July 10th, charged with public intoxication and possession of a handgun while under the influence. He is free on a $3,000 bond. At the time of this arrest, he was out on bond from a 2021 DUI charge which was being processed through Veteran’s Court. He has a long history of DUI and other charges being reduced to reckless driving, as well as public intoxication, evading arrest, and assorted other charges.