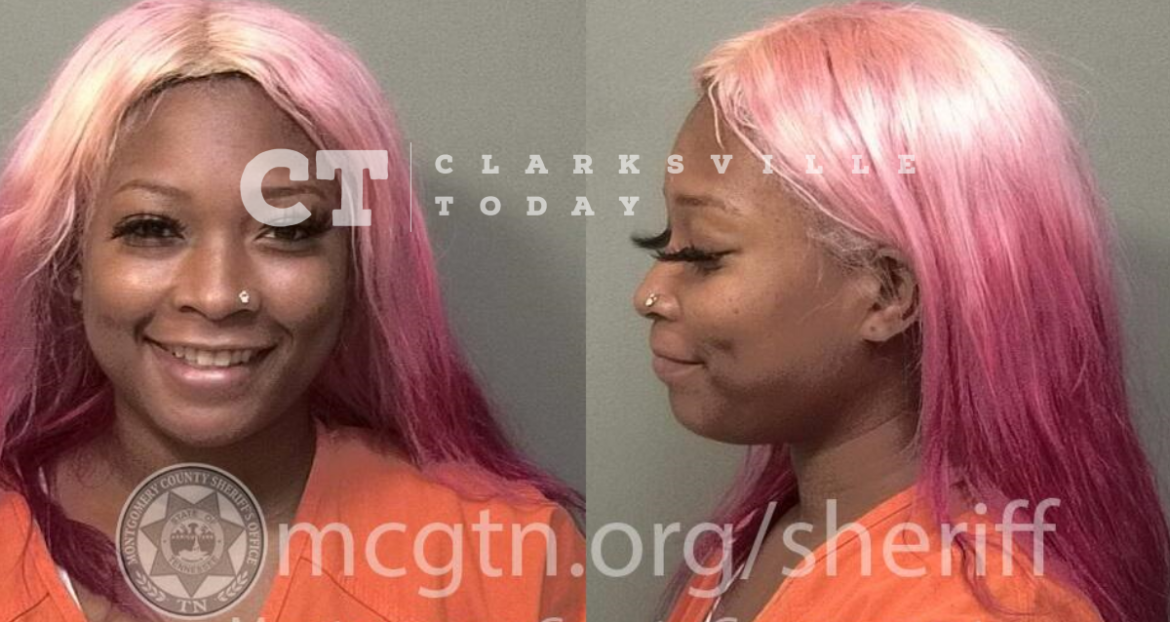 Clarksville Police say 22-year-old Tyronsha ‘Sha’ Harris could not maintain her lane of travel when they pulled her over just before 2:30 a.m. Sunday on Fort Campbell Blvd near Airport Road. She reportedly smelled of alcohol and was “very confused” when asked for her license and other information. Harris performed poorly on field sobriety tests, yet claimed she had not drank enough to be drunk, and she simply had to pee.

Tyronsha Keasia ‘Sha’ Harris, of Tiny Town Rd in Clarksville, was booked into the Montgomery County Jail on July 17th, charged with driving under the influence (DUI), and contempt of court for violating her bond conditions from a March arrest which don’t allow her to consume alcohol or drugs. She is free on a $7,500 bond.