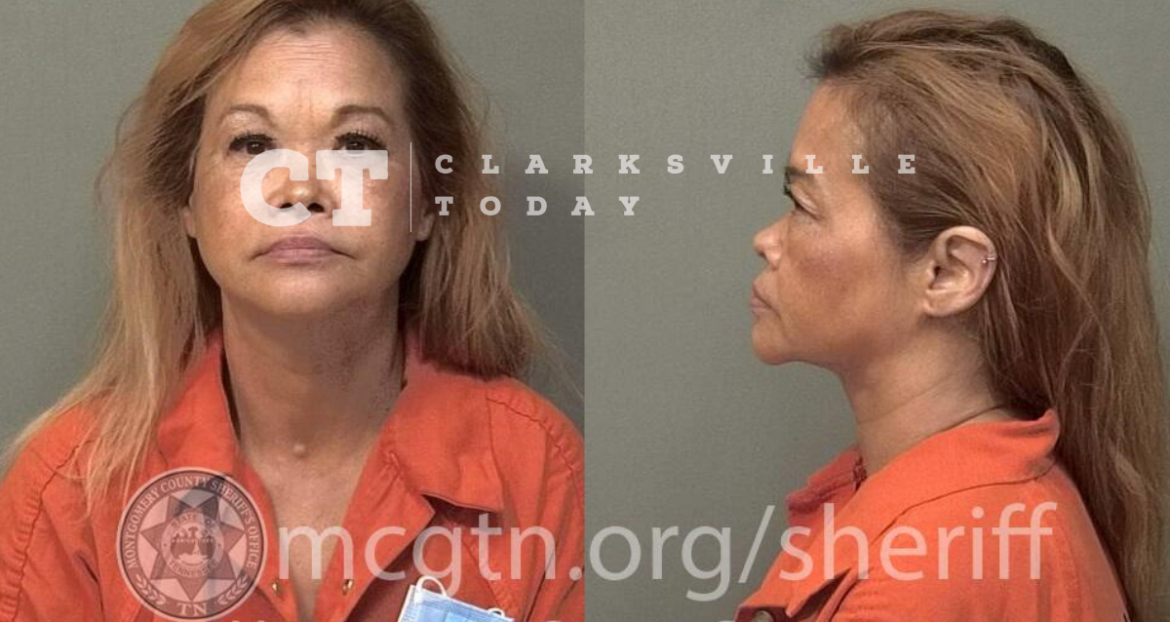 56-year-old Suzanne Deslauriers Crump remains jailed in lieu of a $12,000 bond after her third domestic-violence related arrest in the past thirty days. In the most recent incident, she is accused of (and captured on video) grabbing a large kitchen knife during a party and coming at her husband, Rishawn Crump, while threatening him and placing him in immediate fear of being injured, causing him to call 911. At the time of this assault, she was out on bond for two other incidents and was not allowed to be at the residence or near Crump, per her bond conditions.

Suzanne Marie DesLauriers Crump, of Polly Dr in Clarksville, was booked into the Montgomery County Jail on July 3rd, charged with aggravated domestic assault. A judicial commissioner set her bond at $12,000, but she was unable to post the required $1,200 to be released. She has filed an affidavit of indigency and appointed a public defender.