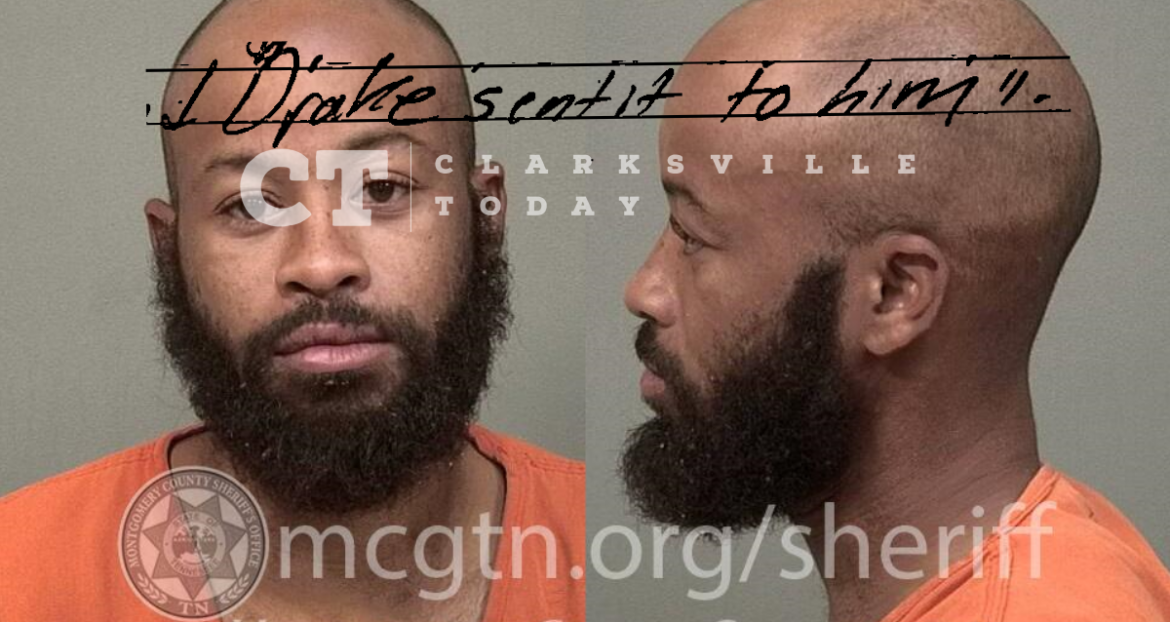 33-year-old Rishawn Chandler Crump failed to show up for court on August 31st, so the judge issued an order for his arrest. He was served with that capias (failure to appear) warrant on September 14th. He was scheduled to appear on a simple drug possession citation that was issued after police found him with marijuana during a domestic call in July. When the officer asked if the marijuana was his, Crump initially replied, “I have a guy in the Netherlands,” and then stated, “Drake sent it to me.”

Rishawn Chandler Crump of Union Hall Rd in Clarksville, TN, was booked into the Montgomery County Jail on September 14th, and charged with failure to appear on a simple possession/casual exchange citation. A judicial commissioner set his bond at $500.