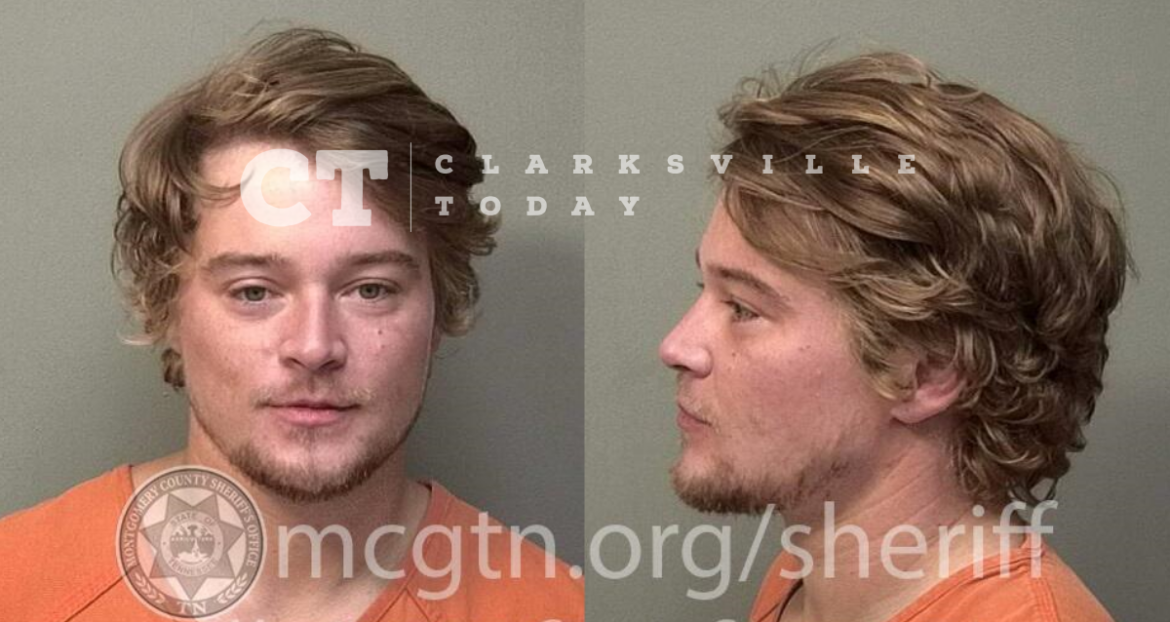 Clarksville Police responded to the MAPCO at 2099 Wilma Rudolph Blvd on August 27th to find 28-year-old Connor Lawson House, who has been covered for his multiple prior arrests in Nashville and Wilson County, hiding in the bathroom eating a bag of chips he didn’t pay for. Management reported he had come into the store multiple times today and hid in the store’s restroom while eating and drinking food he took from the shelves without paying for it. Officers say he was intoxicated and reeked of alcohol. He was transported to booking and charged with public intoxication.

Connor Lawson House of Tulip Grove Ln in Hermitage, TN, was booked into the Montgomery County Jail on August 27th, charged with public intoxication. A judicial commissioner set his bond at $439.