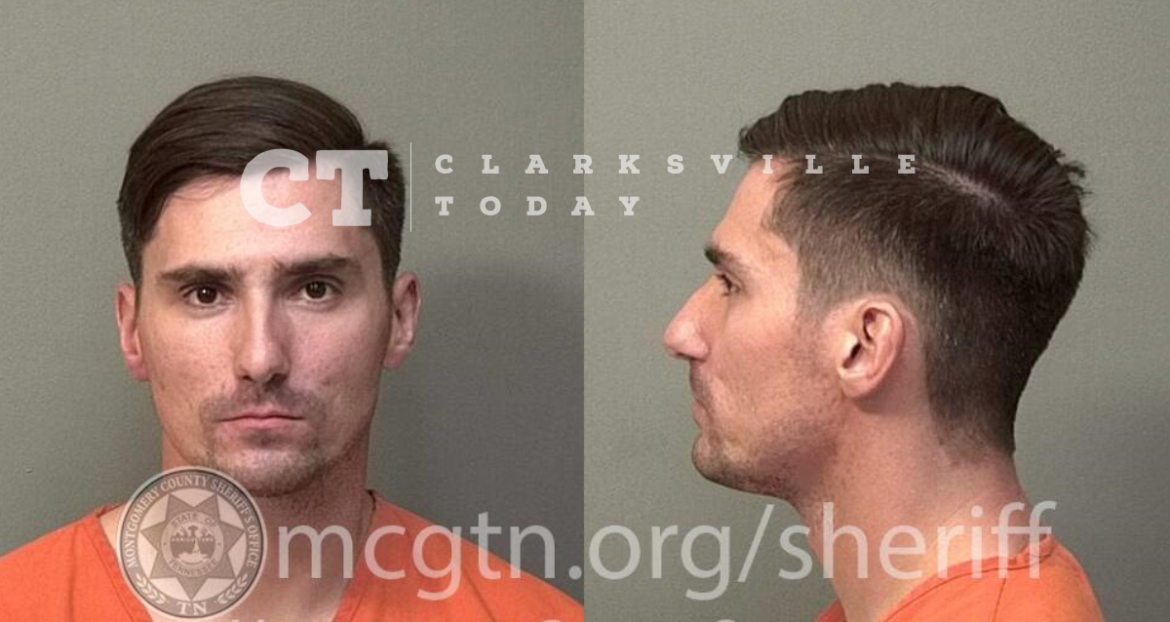 Just after 4 a.m. Sunday, THP Trooper Michael Hickmon was traveling on Fort Campbell Blvd when he observed 24-year-old Fort Campbell Soldier Ryan Tyler Cook driving a vehicle at 65 mph in a 45 mph zone while crossing over his lane of travel. During the subsequent traffic stop, Cook admitted to drinking “three shots” prior to driving and performed poorly on field sobriety tests. He later blew a 0.173% BAC on a breathalyzer.

Ryan Tyler Cook of Tennessee Ave in Fort Campbell, KY, was booked into the Montgomery County Jail on August 7th, charged with driving under the influence (DUI). He is free on a $1,500 cash bond.