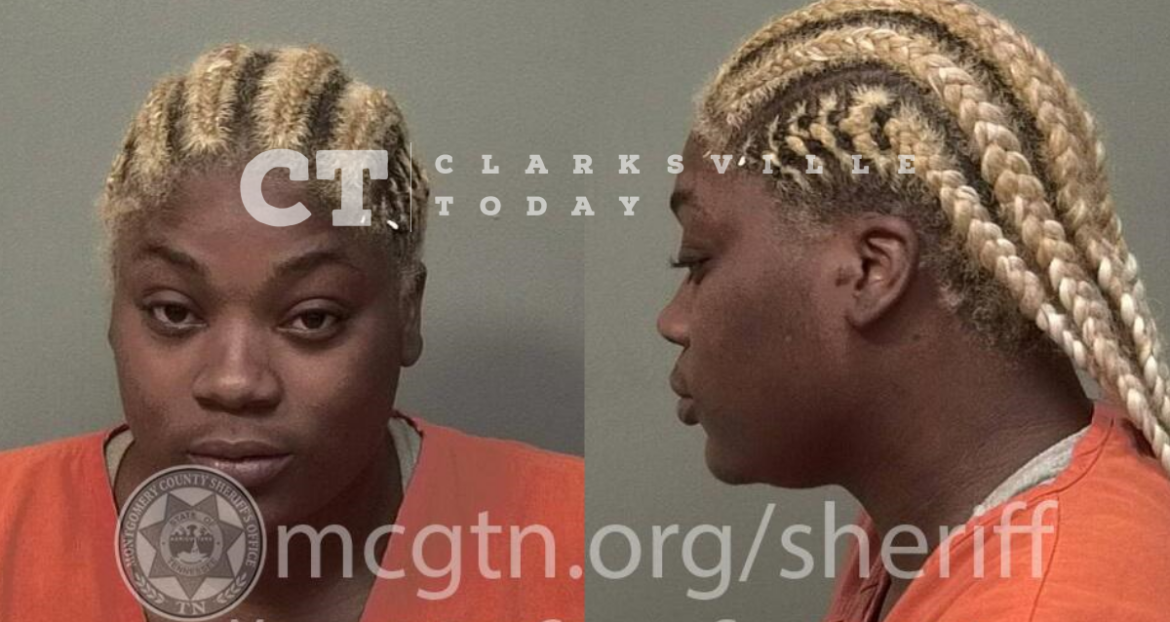 23-year-old Kennedy Dominique Allen Owens was charged with DUI at the intersection of University Ave & Franklin Street in the early morning hours of July 31st. Witnesses say she attempted to flee before officers arrived; however, her vehicle was completely disabled. She performed poorly on field sobriety tests and was charged with DUI. Once at booking, while Officer Reid was swearing out her warrant at the magistrate window, Deputy Jeramy Bowen ordered her to sit down on the bench, and she refused while getting agitated and verbally aggressive. When the deputy pushed her toward the bench, she used her foot to strike him in the genitals.

Kennedy Dominique Allen Owens of Baltimore Dr in Clarksville, TN, was booked into the Montgomery County Jail on July 31st, charged with driving under the influence (DUI), no proof of insurance, and aggravated assault on a first responder.