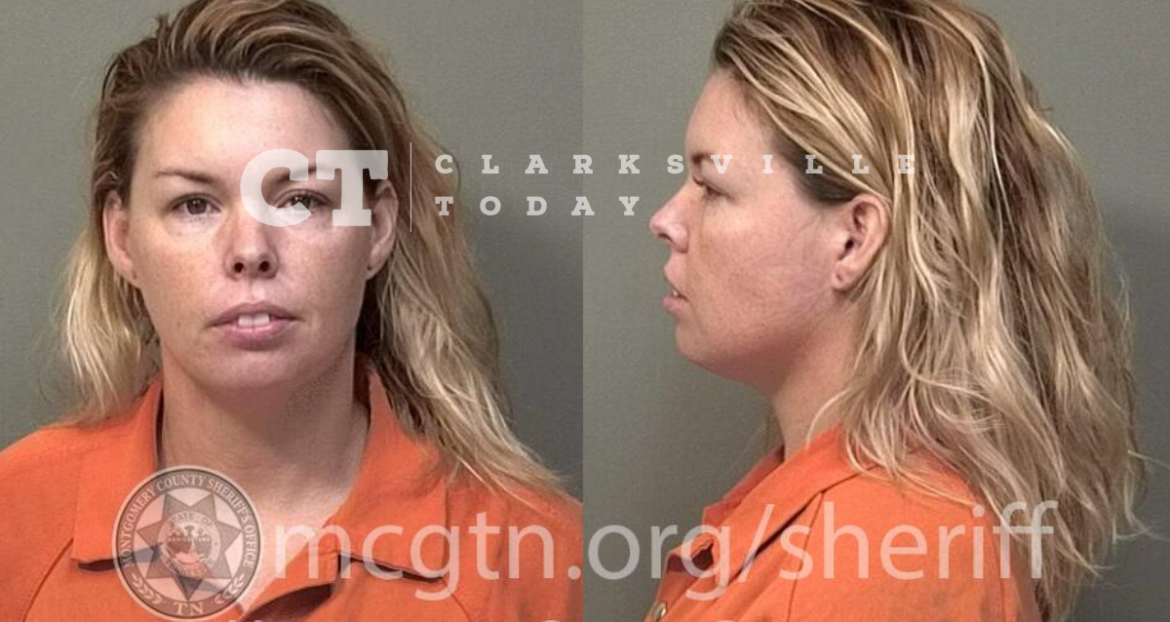 31-year-old Meagan Goglia successfully fled from Clarksville Police Tuesday on Wilma Rudolph Blvd, after officers attempted to stop the van she was driving as it was swerving across multiple lanes of traffic with no headlights or taillights. As the officer pursued her with lights and sirens activated, she eluded the stop, but not before he got a clear view of her as the driver and the tag number. Later that evening, a deputy noticed the van on Bette Palmyra Road and was aware of the BOLO that had been issued earlier from CPD. Still without any lights, the van was swerving all over the roadway. She stopped for the deputy, who observed her to have vomited all over herself and the vehicle and noted her extreme level of intoxication.

Meagan June Goglia of Old Metal Road in Palmyra, TN, was booked into the Montgomery County Jail on August 30th, charged with driving under the influence (DUI), failure to obey traffic control signals, reckless driving, and evading arrest. A judicial commissioner set her bond at $28,000.