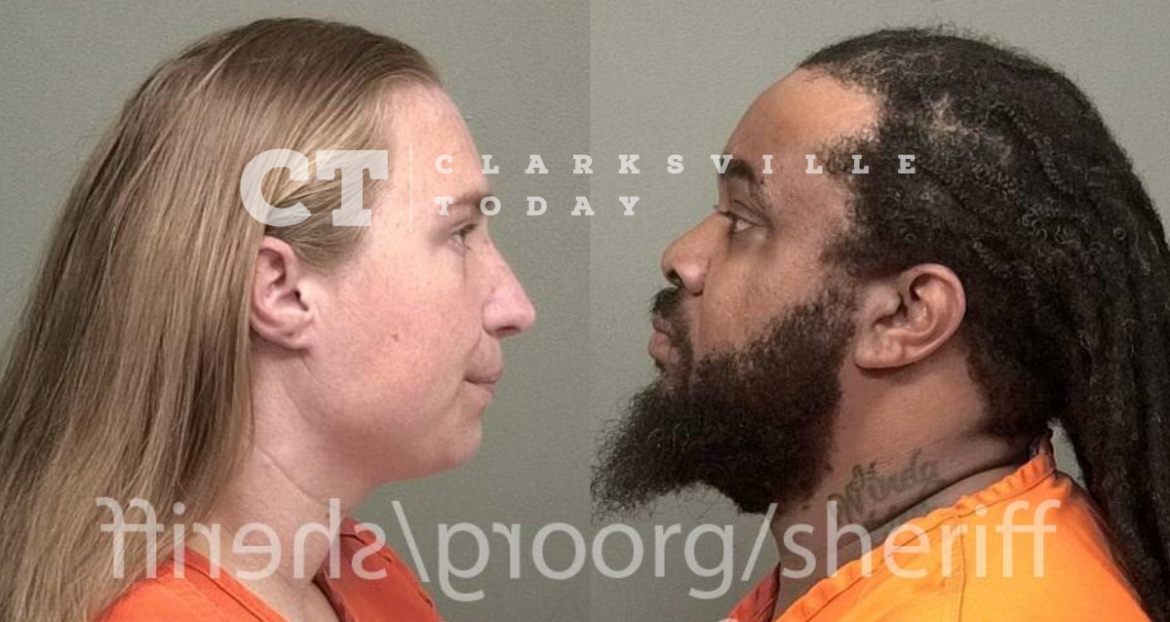 The incident began on the evening of November 4th when Jerell became upset at their son, who reportedly disrespected his mother, Heather. Jerell threw a television remote control at the juvenile, striking his right temple. Heather yelled for Jerell to stop, and he replied, “You’re not going to stop me!”

Heather stated, “do it again and see what happens!” and without further thought, Jerrell picked up a plastic toolbox and chucked it at the child’s head, again striking his right temple. Heather retrieved the toolbox and threw it at Jerell, who then struck her in the face.

Heather Nicole Meeks of Airport Rd in Clarksville, TN, was booked into the Montgomery County Jail on November 4th, charged with domestic assault. A judicial commissioner set her bond at $500.

Jerell Hinton of Airport Rd in Clarksville, TN, was booked into the Montgomery County Jail on November 5th, charged with child abuse and neglect and domestic assault. A judicial commissioner set his bond at $13,000.