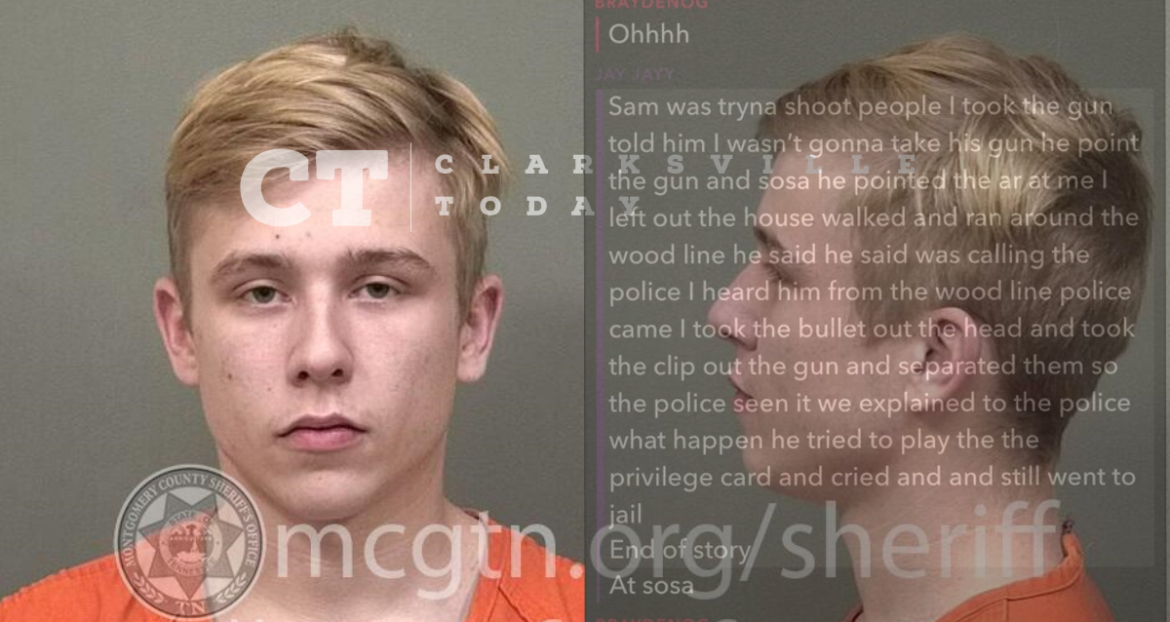 20-year-old Fort Campbell Soldier Hans Samuel “Sam” Heitlauf was drinking with a group of friends at his house late Thursday night, including John Scott and JaMichael Moore. Witnesses say he became irritated with people being in his home and pulled a pistol from his waistband and pointed it at one of the victims while making threats. That victim grabbed Sam and wrapped his arms around him while the other victim disarmed Sam and rendered the pistol safe, and Sam was freed from their grip.

Sam then went upstairs and returned with an AR-style rifle, standing on the steps demanding the return of his pistol. He then began pointing the rifle at one of the victims and cocked the rifle, causing the victim to flee out the door. Officers arrived and took Sam into custody.

One of the victims later stated in a group conversation that Same “tried to play the privilege card and cried” but still went to jail, when describing the incident to friends.

Hans Samuel Heitlauf of Ash Ridge Dr in Clarksville, TN, was booked into the Montgomery County Jail on November 11th, charged with 2 counts of aggravated assault and underage drinking. A judicial commissioner set his bond at $51,000, which he posted.