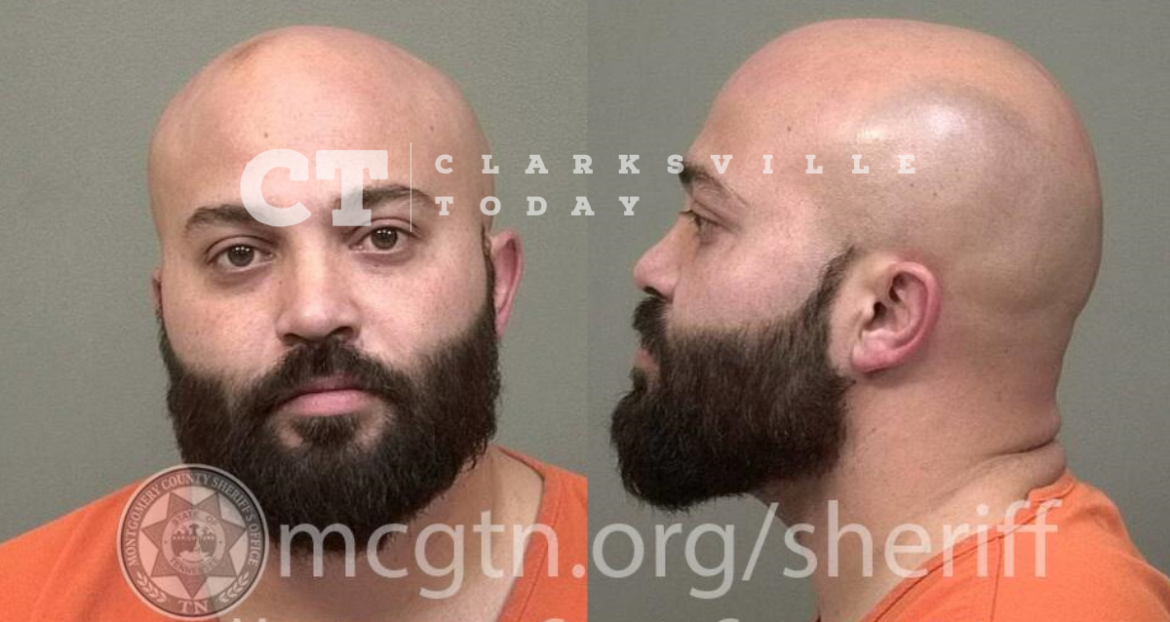 38-year-old Kelvin Joel Garcia, who owns American Pride Boxing in Clarksville, crashed his vehicle at Williams Chapel Baptist Church on Needmore Road at 9:26 a.m. Multiple witnesses stated that “a bald male” ran from the red truck and carried a white bag to the tree line and returned without the bag. Officers made contact with Garcia back at the vehicle, where they found him to be visibly intoxicated. He admitted to drinking “last night” and claimed to have never left the immediate area of the wrecked vehicle.

Officers located the bag in the treeline, and it contained several consumed alcoholic beverages and one can that was still cold to the touch and freshly opened. Garcia performed poorly on field sobriety tests and was transported to booking.

Kelvin Joel Garcia of Little Springs Rd in Clarksville, TN, was booked into the Montgomery County Jail on November 29th, charged with driving under the influence. A judicial commissioner set his bond at $500.