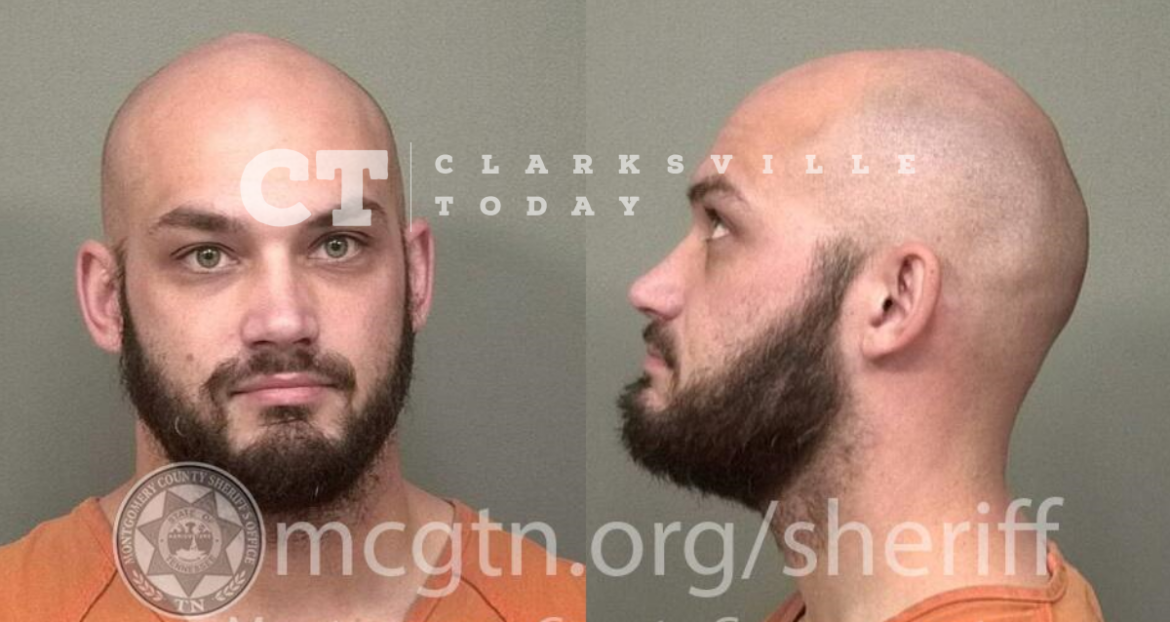 31-year-old Stephen Keith Pirtle reportedly walked out on a drug screen for probation on December 12, causing a warrant to be issued for his arrest for violating the terms of his probation. The state has also requested his prior suspended sentence of 11 months and 29 days be re-instated for this violation, as well as not providing proof of Narcotics Anonymous meetings and still owing court fees, costs, and probation fees. He was booked on the outstanding warrant on December 27th.

The original sentence stems from a domestic violence case earlier this year in which his wife, Machaela Jex Pirtle, provided a video to police of her husband threatening to kill her. He claimed to be drunk and did not remember the comments. At the time of that arrest, he was in possession of a methamphetamine pipe and a bag of crystal meth weighing over a half-gram.

Stephen Keith Pirtle of Welsey Dr in Clarksville, TN, was booked into the Montgomery County Jail on December 27th, charged with violating his probation. A judicial commissioner set his bond at $500.