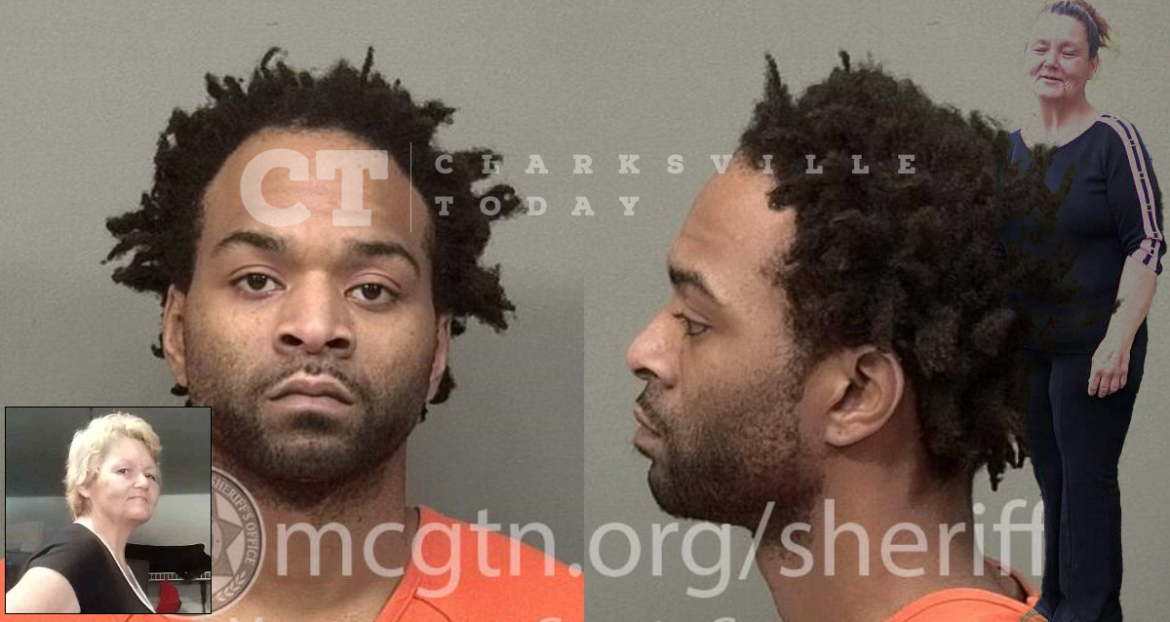 Regina Peach, 52, says her 30-year-old boyfriend, Michael “Detroit” Alexander, grabbed her by the collar of her jacket and pinned her to a wall between the stove and counter in their kitchen on January 10. She says Alexander then began to shake her, causing her to bite her own lip, and that she begged him to let her go as she was afraid he was going to kill her. Michael reportedly said, “I don’t care,” and fled the scene prior to police arrival but was located a short distance away.

Michael Jerome Alexander of Daniel Street in Clarksville, TN, was booked into the Montgomery County Jail on January 10th, charged with domestic assault. A judicial commissioner set his bond at $500.