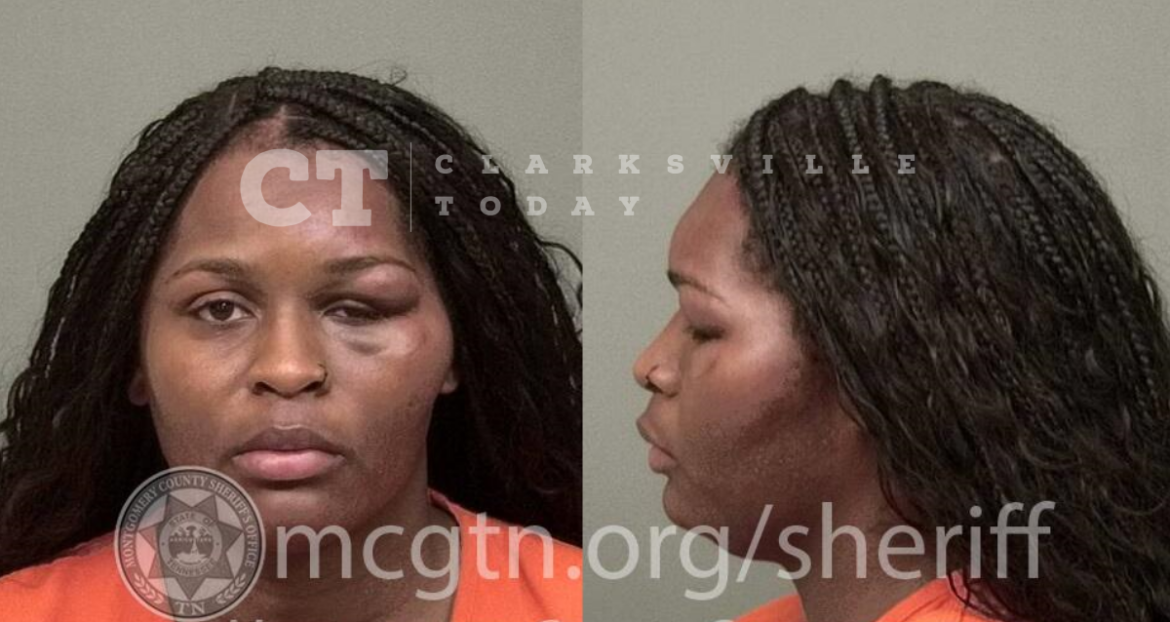 30-year-old Seanicia Faye Hudson is charged with the domestic assault of her husband, Marc Hudson, after he says he had to barricade himself in a room to escape from her as she attempted to attack him. She was eventually able to break through the door using a kitchen knife and forced herself into the room, while causing injury to his hands as he was holding the door. She then hit him in the face multiple times in a fierce attack, and he struck her back once to get her off him in self-defense. Seanicia was determined to be the primary aggressor and was transported to booking. The victim had multiple injuries to his face and hands.

Seanicia Faye Hudson of Judge Tyler Dr in Clarksville, TN, was booked into the Montgomery County Jail on January 8th, charged with domestic assault. A judicial commissioner set her bond at $1,000.