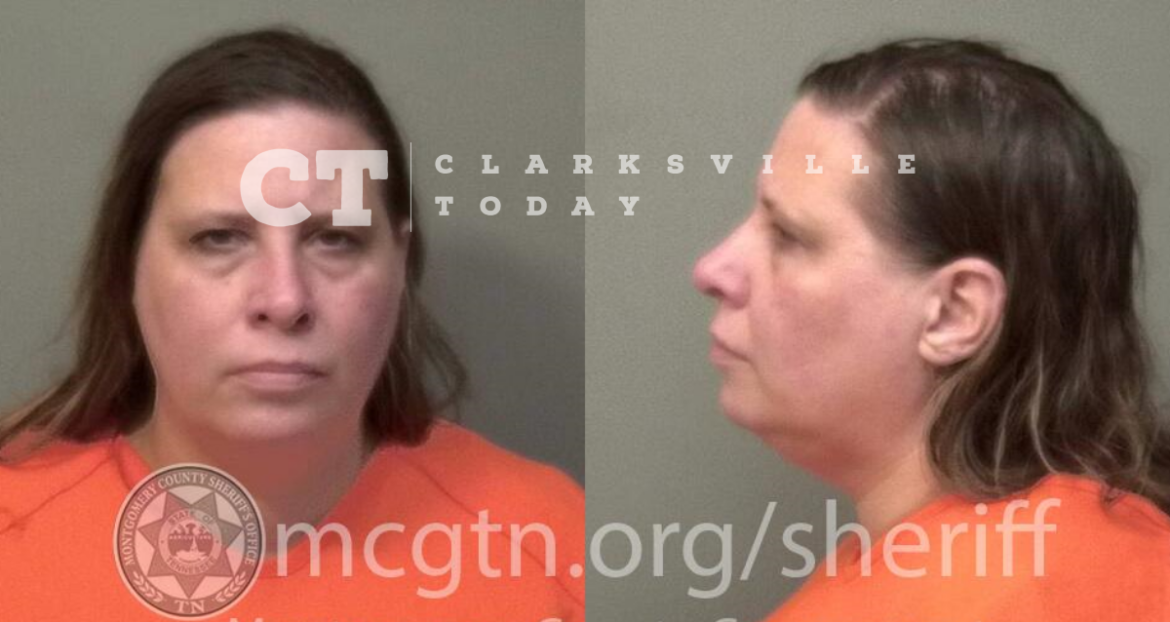 Clarksville Police responded to a fight-in-progress call at 4:38 p.m. on July 19th on Backwind Lane where they found Rebecca Marie Dipman was enraged over a Facebook post and began to advance toward her neighbor’s front door while yelling and screaming, as documented on the Ring video doorbell footage below. With her fists clenched, she yelled for the neighbor to “take down your Facebook post and come outside!” This continued for quite some time before the neighbor responded via the doorbell that she was not coming outside and advised Dipman to leave her property.

Instead of leaving, Dipman begins to scream, punch, and kick the victim’s front door. As she opened the door to confront Dipman and stop the damage being done, Dipman shoved the neighbor back inside her own residence, then stepped inside the home and punched the victim in the face and began to strangle her.

The two fought until Dipman was pushed back outside and the victim’s husband arrived to intervene. During an interview, Dipman told police that nothing happened until the victim choked her — an obvious lie, as revealed by the entire video footage.

Rebecca Marie Dipman, of Backwind Ln in Clarksville, was booked into the Montgomery County Jail on July 19th, charged with aggravated burglary. She is free on a $5,000 bond.