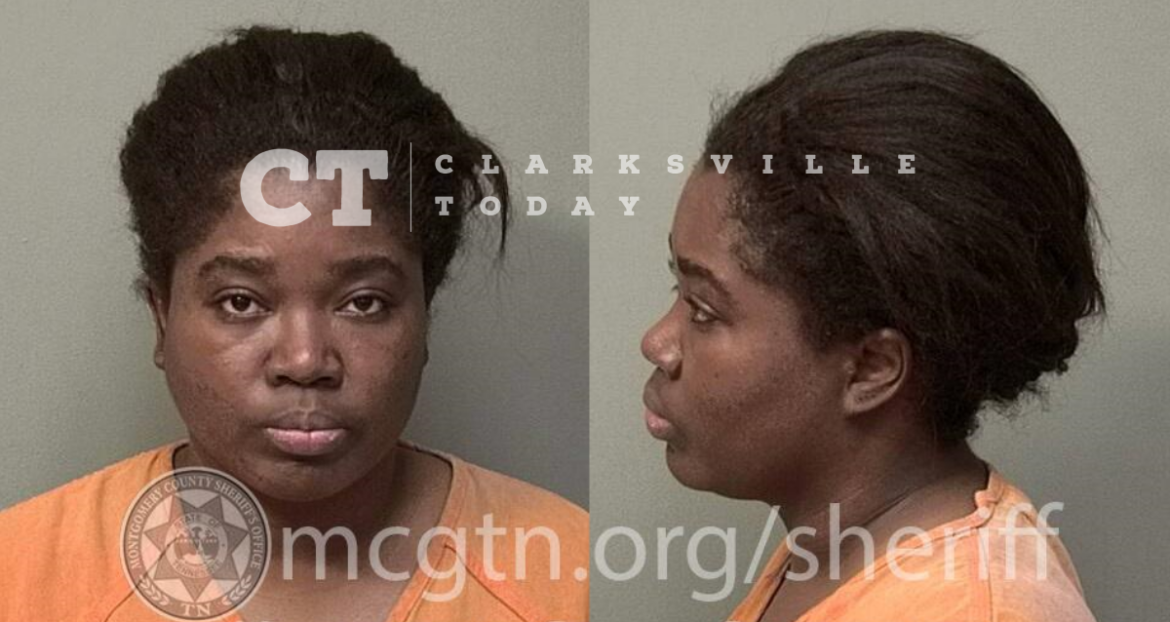 32-year-old Ayana Simmons and her husband, Miguel Smith, were reportedly arguing all throughout the day, and just before 9 p.m., the situation escalated when Miguel attempted to go upstairs. That’s when Ayana pushed him while he was on the stairs, resulting in him striking her in the back. Miguel says the argument escalated after Ayana pushed his rice cooker and glass candle off the kitchen counter, breaking them both. Both parties were taken into custody.

Ayana Rashida Tia Simmons was booked into the Montgomery County Jail on April 7th, charged with domestic assault. She is free on a $250 cash bond to her 1133 Black Oak Circle address in Clarksville, TN, with conditions on her release. Miguel Smith was also taken into custody.