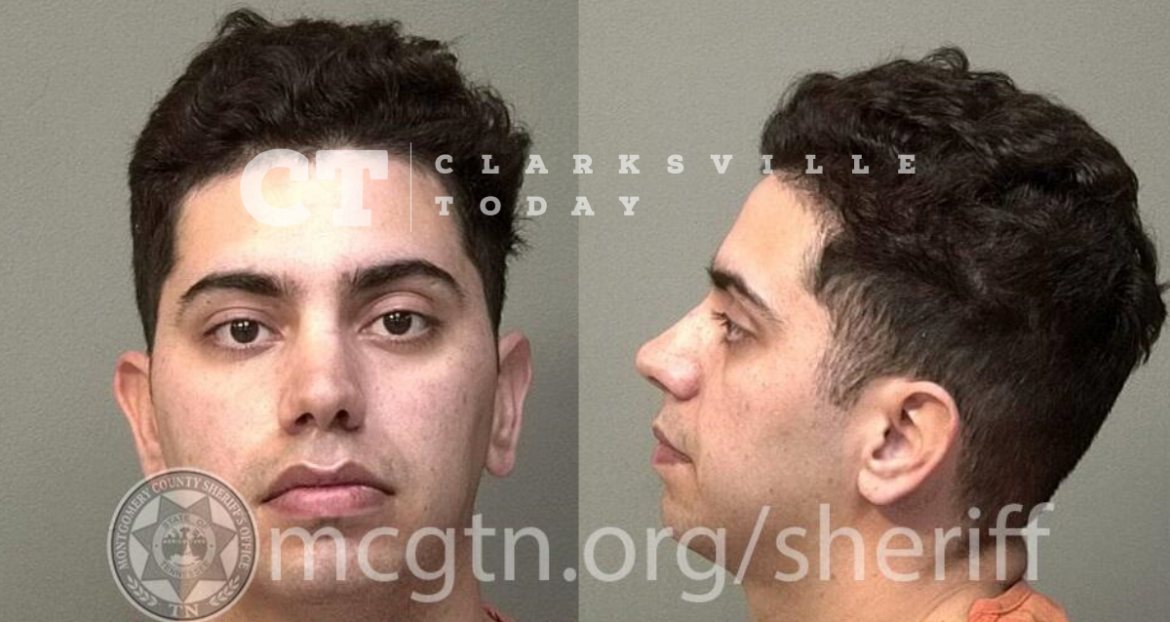 26-year-old Luis Martinez Muniz is charged with taking the phone away from his wife, Kathy Martinez, and shattering it on the ground when she stated she wanted to call 911 to prevent an argument from escalating. It was unclear what the original argument was about. During the investigation, it was discovered he had also removed the battery cables from their vehicle and fled the scene before officers arrived.

Luis Manuel Martinez Muniz was booked into the Montgomery County Jail on March 24th, charged with vandalism and interference with an emergency call. He posted a $1,000 cash bond and was released to his 254 Moncrest Drive address in Clarksville.