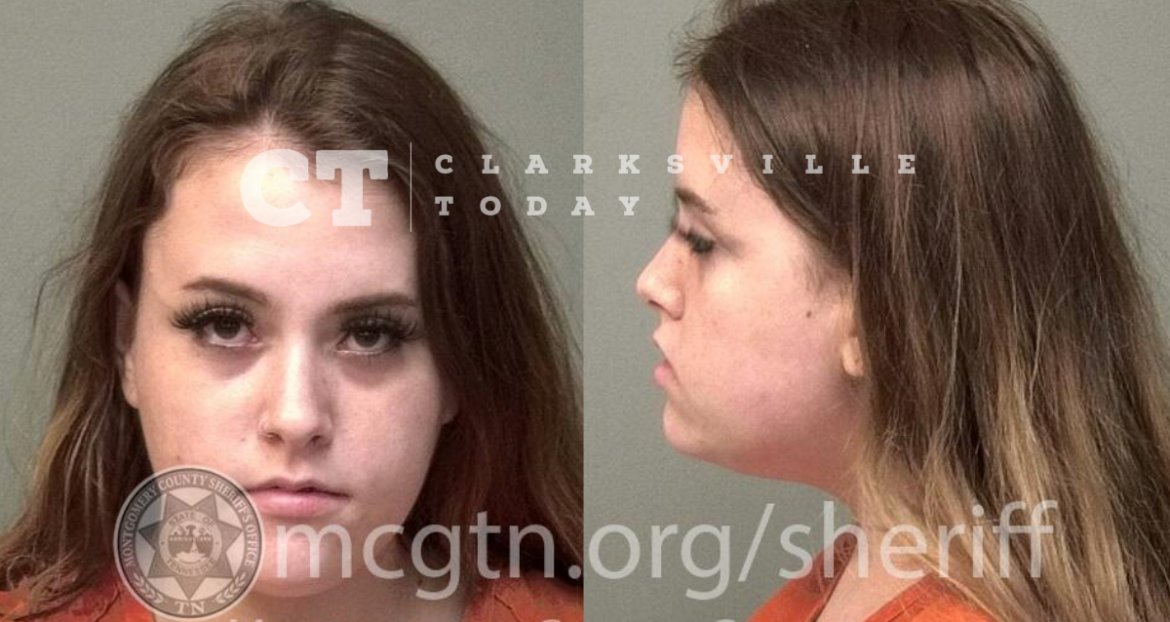 22-year-old Autumn Young Ordonez is charged with domestic assault after she hit her husband, Matthew Ordonez, in the face after he was attempting to get her to vacate the bar she had been kicked out of. Officer Godwin responded to Mike’s Bar & Grill on a report that Young had assaulted a bouncer who was refusing to leave the property. Autumn was in the parking lot with her husband when police arrived, and multiple witnesses had observed her strike her husband as he was attempting to get her to leave the bar. Matthew also confirmed she slapped him. Young has two prior domestic violence charges, according to police.

Autumn Raeann Cherish Young Ordonez, of Fort Campbell, KY, was booked into the Montgomery County Jail on May 28th, charged with domestic assault. She is free on a $2,500 bond.