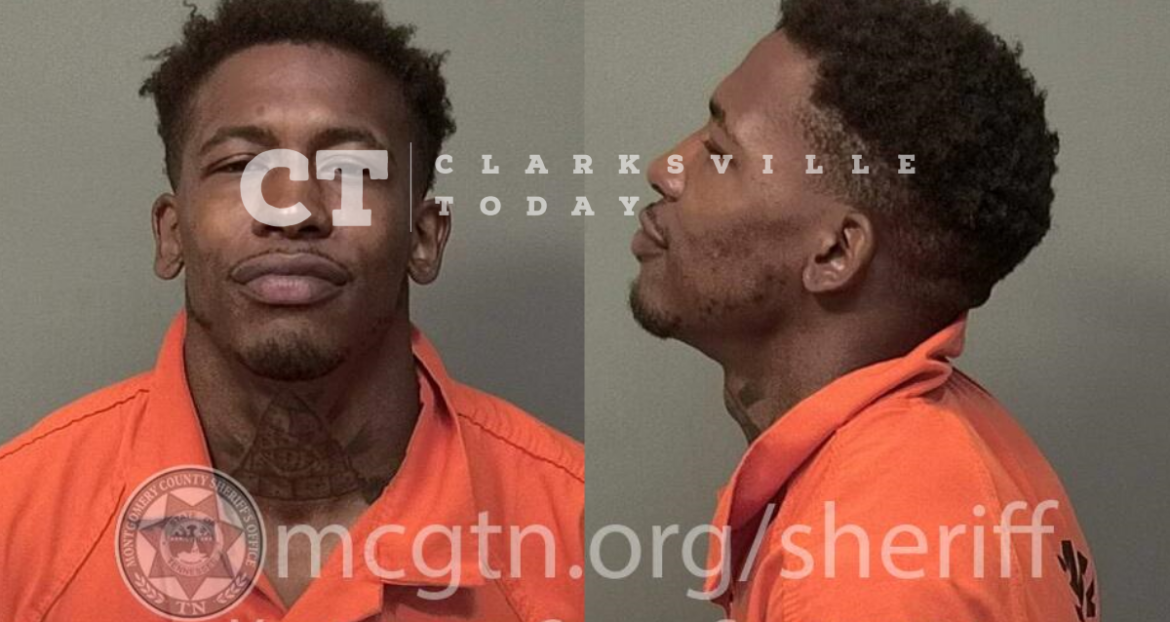 Detectives with the Clarksville Police Department’s Special Operations Homicide Unit have made an arrest in the 2018 murder of Tavon Wilson. On January 7th, 2018 around 10:44 am, officers with the Clarksville Police Department responded to 119 Bennett Drive, Apartment C to conduct a welfare check. When they arrived they found 23-year-old Tavon Wilson deceased inside the residence with multiple gunshot wounds.

Detectives continued to work on this case and evidence was presented to the Montgomery County Grand Jury earlier this month. An indictment was issued for 26-year-old Devante Ladavid Ruffin and he was taken into custody yesterday afternoon when he appeared in the general sessions court on unrelated charges.

Ruffin was transported to the Montgomery County Jail and his charges include 1st Degree Murder, Possession of a Firearm during a Dangerous Felony, and Aggravated Burglary, his bond has been set at $200,000.