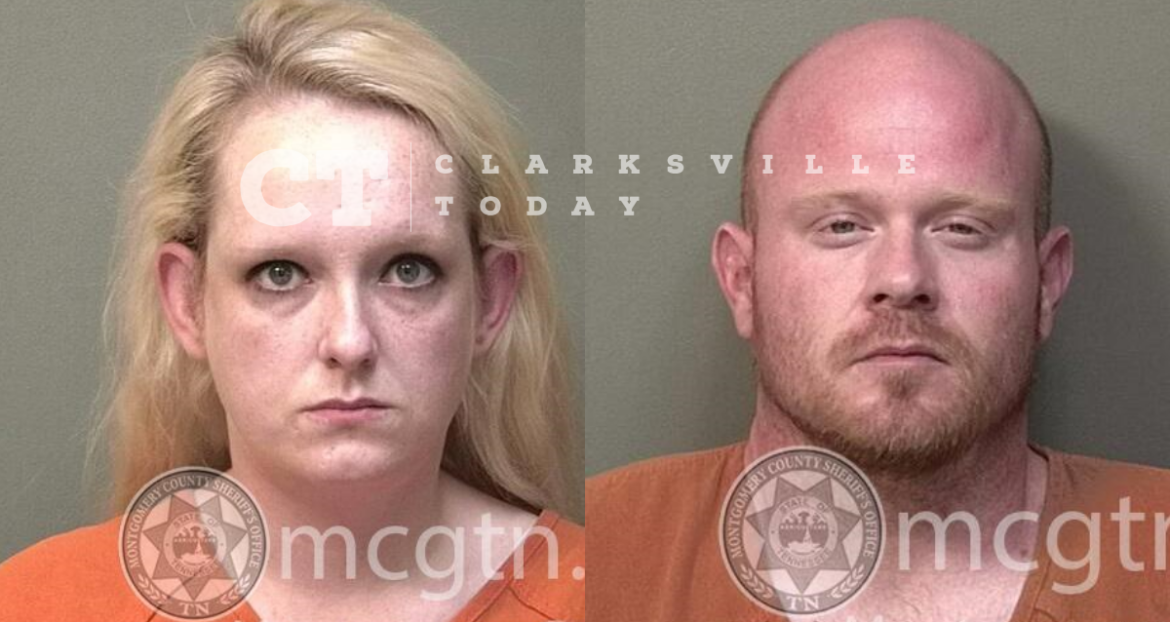 29-year-old Kerri Brooks & 34-year-old Joshawa Brooks are each free on a $5,000 bond after being charged with contributing to the dependency of a child and booked into the Montgomery County Jail earlier this month. During a DCS investigation, detectives found traces of methamphetamines in a child’s candy bag and bottle.

In February, a child of the couple was taken to a medical facility for a checkup and alert medical staff believed the child to be going through withdrawals. A hair follicle test was conducted and resulted in a positive response for methamphetamine.

The Department of Children’s Services was contacted and worked with Detective Horton to investigate the matter, and both parents tested positive for methamphetamine before refusing to cooperate with any more of the investigation. Investigators say both parents continued to use narcotics, and the children were placed into the custody of DCS. A children’s Miralax bottle and a child’s candy bag both tested positive for methamphetamine.

Kerri Lynn Brooks & Joshawa Wayne Brooks, of Garth Dr in Clarksville, TN, were each booked into the Montgomery County Jail on June 3rd, charged with contributing to the dependency of a child. Each posted a $5,000 bond.