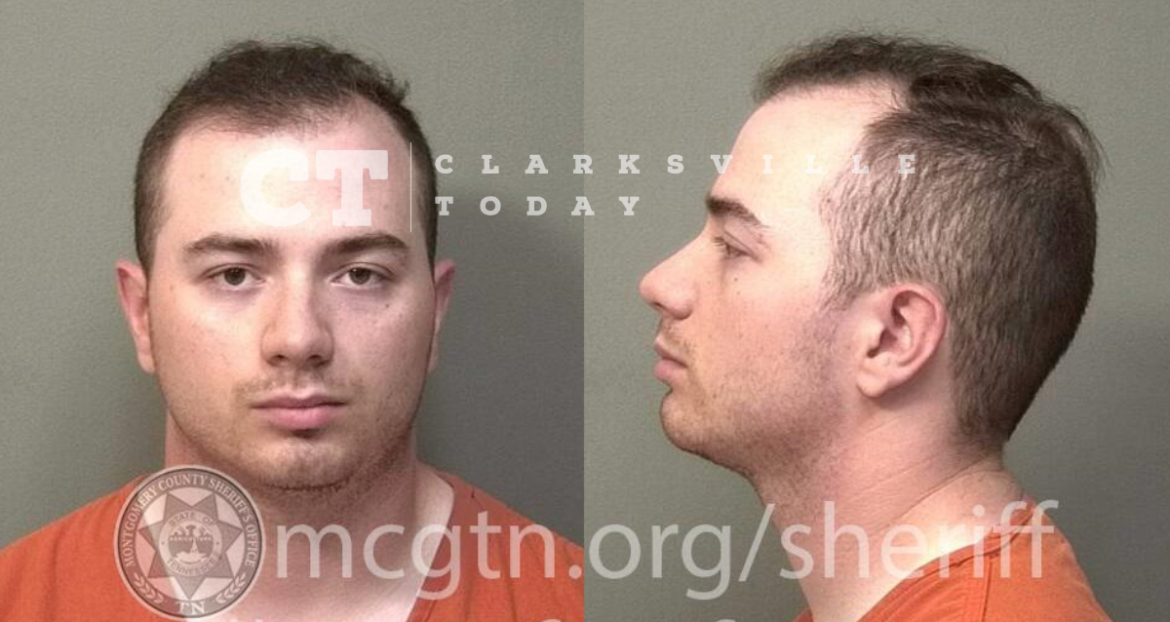 Clarksville Police responded to a shots-fired call on Tandy Drive on May 30th, in which a bullet traveled through two occupied apartments and lodged in the wall of the second apartment. Officers located 24-year-old Fort Campbell Soldier Dakota Damron who lives in a connecting apartment. Damron stated he “accidentally fired a round”, explaining he was “cleaning his rifle and afterward loaded a magazine not thinking it was loaded causing him to accidentally fire the rifle,” according to a statement given to police.

Dakota Parker Damron, of Tandy Dr in Clarksville, was booked into the Montgomery County Jail on May 30th, charged with felony reckless endangerment. He is free on a $10,000 bond, via 2nd Chance 24 Hour Bail Bonding.