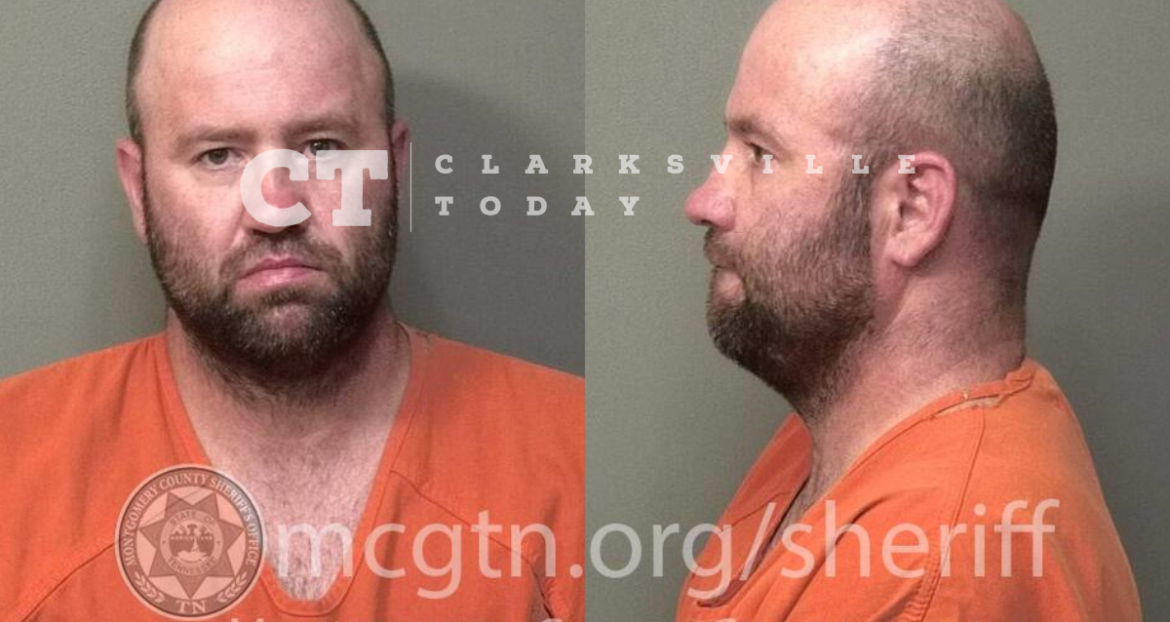 Angelia Marable-Johnson says her husband, 40-year-old Dustin Johnson, physically assaulted her and her 13-year-old son and forcefully pushed them throughout their Cottingham Court home on July 13th. When officers interviewed Dustin, he denied any assault but did admit to being extremely intoxicated. As he was being placed into custody for domestic assault, he pulled away from the handcuffs and then refused to get into the patrol car and had to be forced into the rear of the cruiser by officers to he could be transported to booking.

Dustin Ray Johnson, of Cottingham Ct in Clarksville, was booked into the Montgomery County Jail on July 13th, charged with two counts of domestic assault and resisting arrest. Melissa King was appointed as his lawyer, and a judicial commissioner set his bond at $4,500.