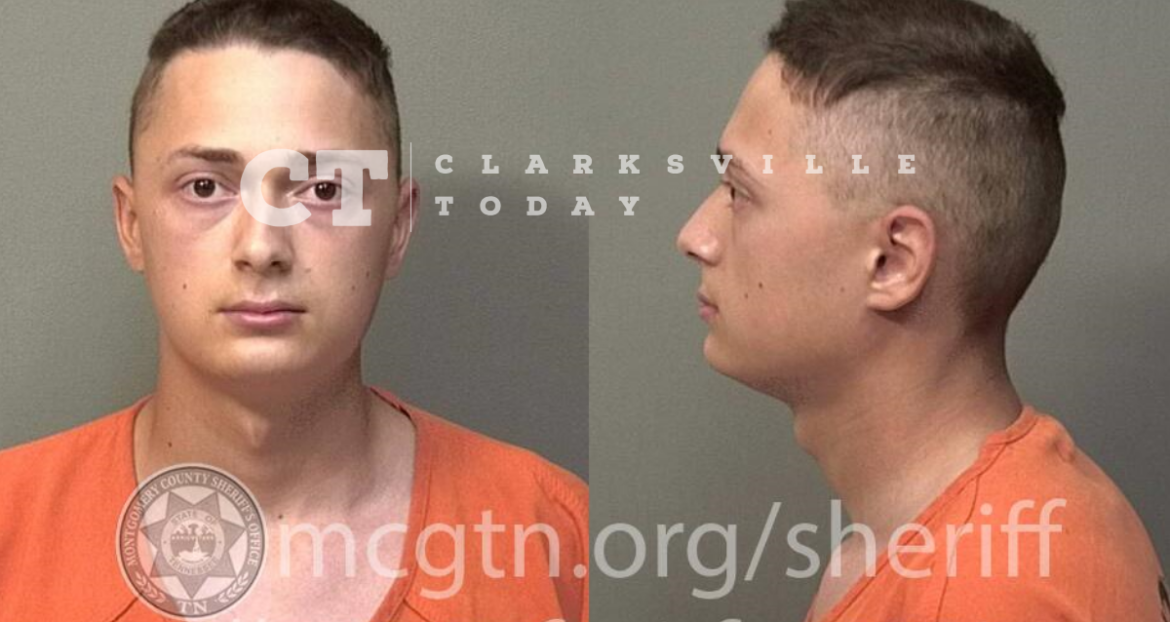 19-year-old Fort Campbell Soldier Christian Davis is now charged with felony aggravated domestic assault after his wife, Nisha Davis, advised he slapped her in the face and then strangled her on July 11th during an argument. She states she began to black out as he continued to strangle her, and officers documented visible injuries on her neck consistent with strangulation.

Christian Lee Davis, of Victory Rd in Clarksville, was booked into the Montgomery County Jail on July 11th, charged with aggravated assault. He is free on a $2,500 bond.