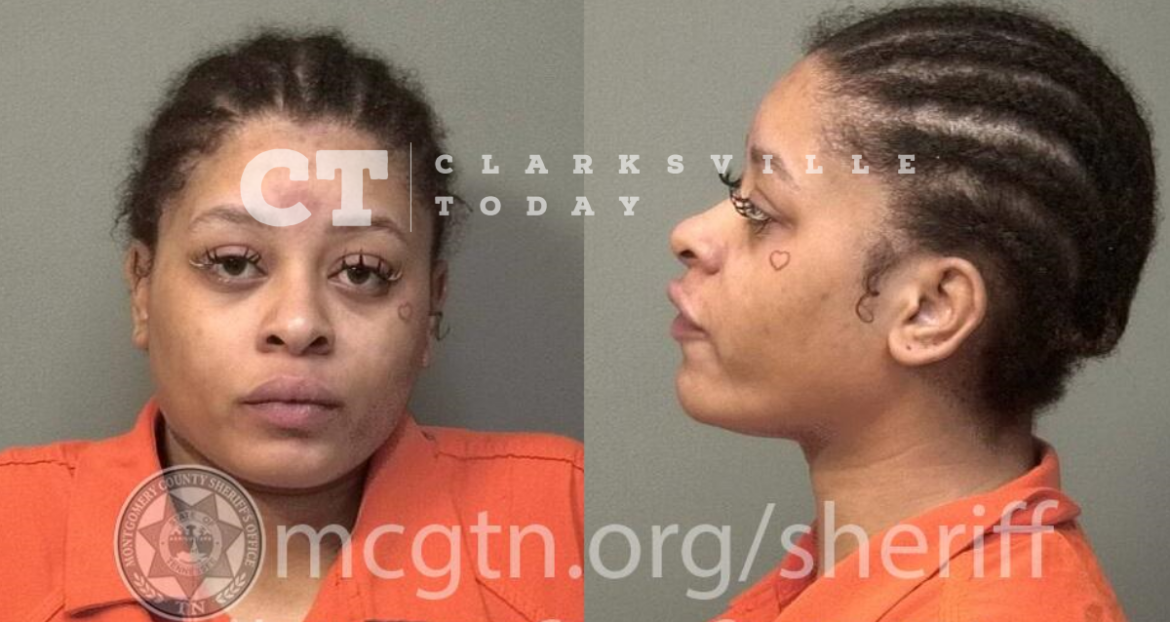 On July 23rd at 3:03 a.m., the Waffle House at 1683 Fort Campbell Blvd was temporarily shut down by officials for being a fire hazard. 26-year-old Sydney Morris refused to leave the restaurant and insisted on arguing with police orders and their authority. As she was placed into custody for disorderly conduct, she refused to walk, forcing officers to drag her to the patrol vehicle. She then resisted being placed inside the patrol car and required multiple officers to place her inside.

Sydney Patrice Morris, of Becky Drive in Clarksville, was booked into the Montgomery County Jail on July 23rd, charged with disorderly conduct and resisting arrest.