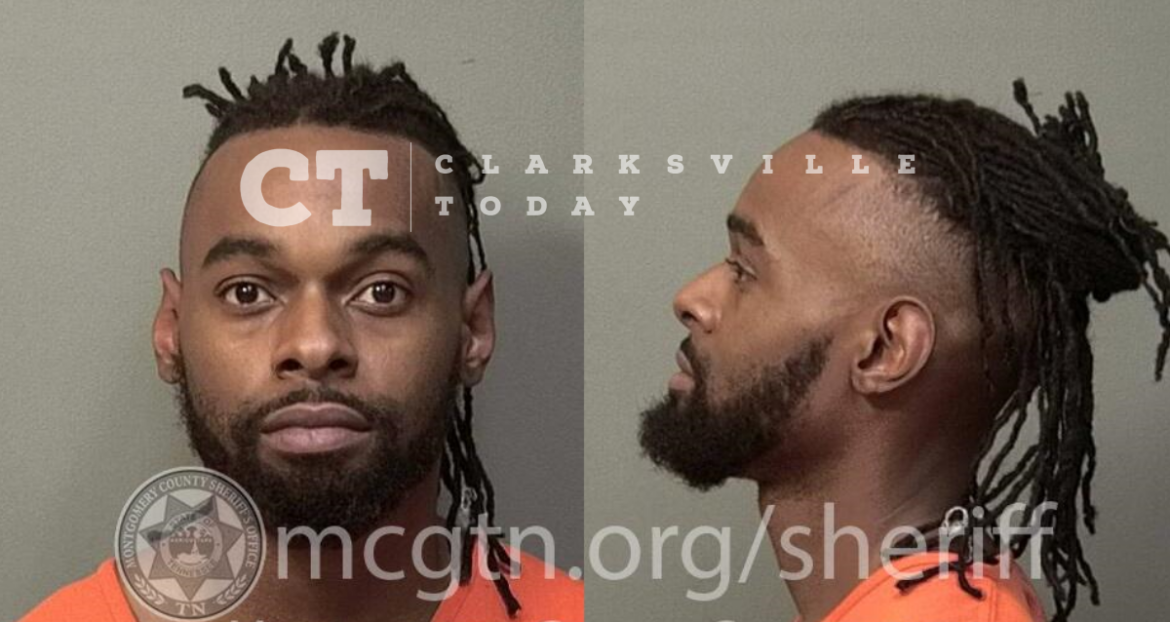 27-year-old Patrick Louwayne Landers, better known in the city as DJ 730XX, rear-ended a police officer on Fort Campbell Blvd just before 4 a.m. on July 22nd and fled the scene driving a red Toyota Camry. A short distance away, as that BOLO was coming across the radio, another officer noticed the Camry with the KY tag and attempted to initiate a traffic stop. Landers drove for a short distance as if looking for a place to stop, then suddenly fled at a high rate of speed. Oak Grove Officers went to the registered address for the tag, and as they arrived, Patrick Landers was throwing up in the front yard. Officers were able to wake up the registered owner, who is Landers’ girlfriend, Checara Bailey, who stated Landers had just arrived home in the vehicle moments before. The vehicle was still warm to the touch.

Patrick Louwayne Landers, of Mace Ln in Oak Grove, was transferred to Clarksville and booked into the Montgomery County Jail on July 26th, charged with reckless driving, leaving the scene of an accident with an injury, and evading arrest. He is free on a $25,000 bond.