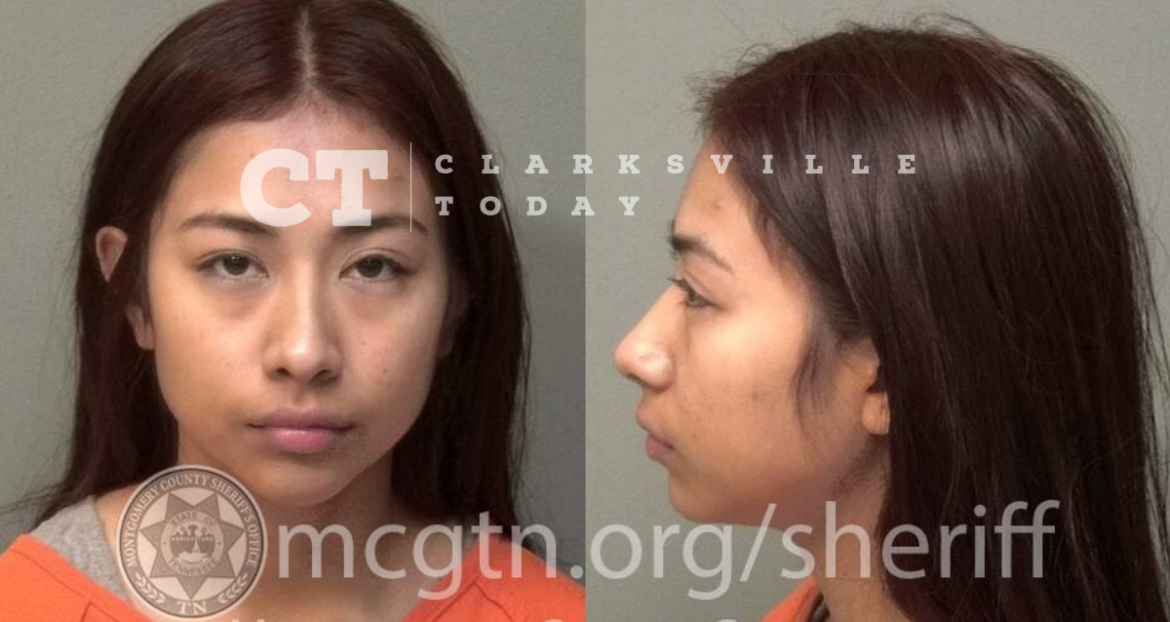 21-year-old Ruth Valdez was drinking with her friends all night at an apartment on Tiny Town Road when she decided she was going to drive home at 6:15 a.m. Sunday. Her friends called 911 when she attempted to leave in her vehicle while still extremely intoxicated. Officer arrived. As officers arrived and detained her, she hit Officer Malone and then began kicking the windows and partitions inside the patrol car. Due to her level of intoxication, she was transported to Sango ER where she managed to slip one of her handcuffs. There was a struggle in the hospital while attempting to get her hands cuffed behind her back for transport to jail, as she actively resisted all efforts.

Ruth Valdez of Desert Storm Ave in Fort Campbell, KY, was booked into the Montgomery County Jail on July 31st, charged with public intoxication, resisting arrest, and aggravated assault on a first responder. She is free on a $7,000 bond.