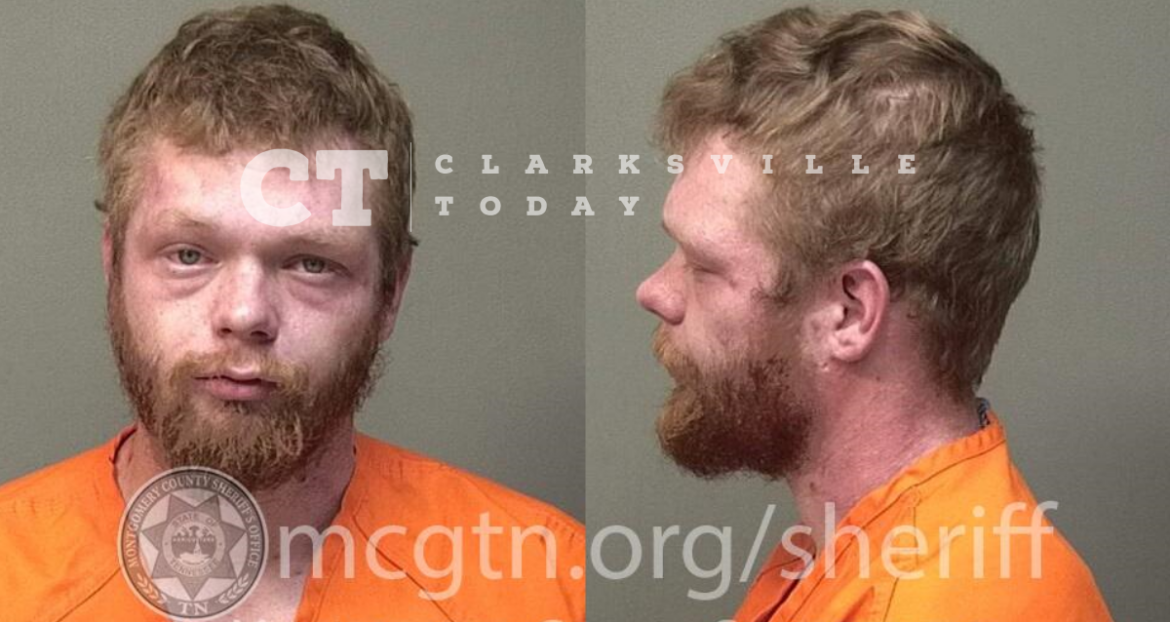 26-year-old Tyler Jacob Kelley was jailed Tuesday after his girlfriend of sixteen months, Stephanie Hartley-Baker, says he shoved her to the ground, climbed on top of her, placed his hands around her throat, and used the entire weight of his body to press down on her. He only stopped when her young son, who was celebrating his first day of kindergarten, jumped on Kelley’s back and screamed for him to stop hitting his mother.

The argument reportedly started as Kelley was drinking a bottle of vodka after dinner and became upset when Stephanie was talking to a friend using the speakerphone, and he began to shove her before he took her to the ground. Eventually, Kelley began to bang his own head against a wall, stating she was making him do this. He then wrote a note, tossed it on the floor, and shoved her to the ground to make her read it. She was eventually able to escape to a friend’s home to call the police.

Tyler Jacob Kelly of Alfred Dr in Clarksville, TN, was booked into the Montgomery County Jail on August 16th, charged with aggravated domestic assault. A judicial commissioner set his bond at $10,000, and he was appointed James McCoin as his attorney.