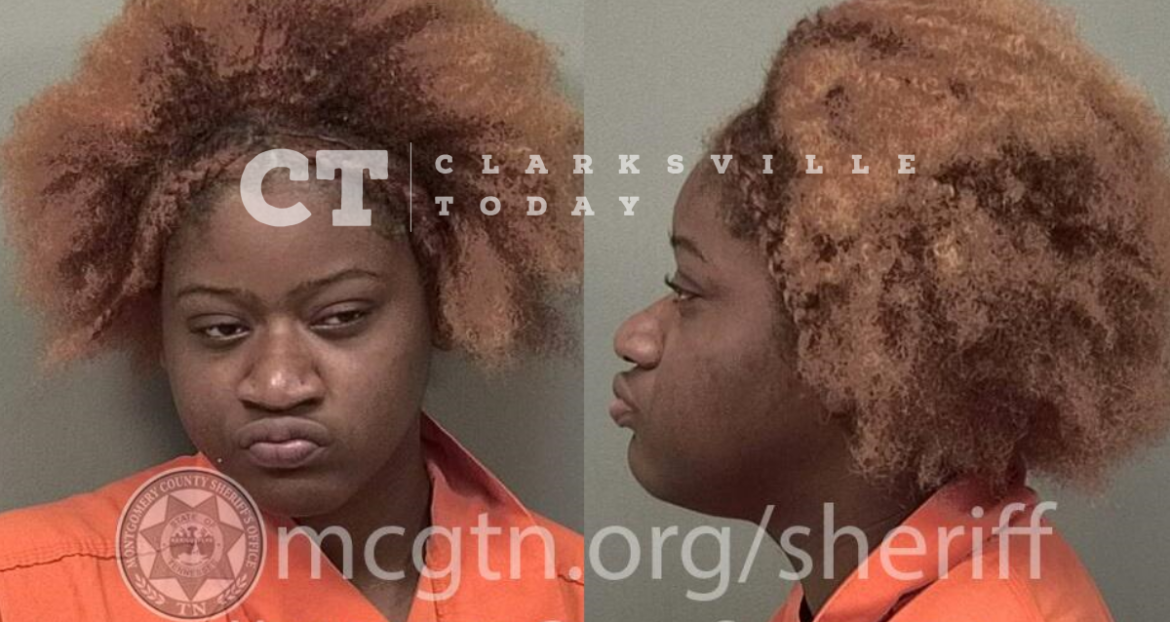 Police say 19-year-old Na’Shari Andrea Blackwell used a hidden key to enter the home of her ex-boyfriend, at which time the victim, Kavarius Moody, attempted to push her back out of the door. As they moved outside, police arrived and observed Moody fleeing from Blackwell. Blackwell reportedly punched and scratched Moody’s face and neck. She also broke a bedroom window inside the home. She claims she was just there to get her things. She is charged with domestic assault and vandalism.

Na’Shari Andrea Blackwell of Pollard Rd in Clarksville, TN, was booked into the Montgomery County Jail on October 29th, charged with domestic assault and vandalism. A judicial commissioner set her bond at $3,500.