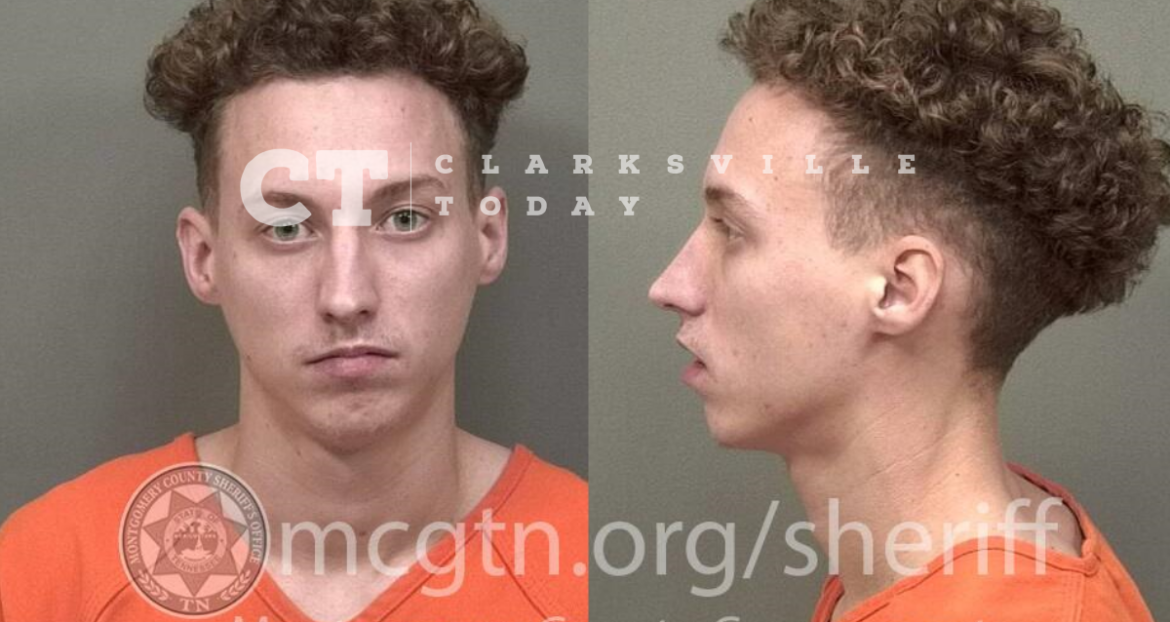 21-year-old Bryce Carl Hirkala was arrested Monday around midnight. Officers responding to a wreck at Little Hope Rd and Hwy 76 were told by a witness that the driver of the black BMW involved in the wreck was seen throwing a backpack into the water before authorities arrived on the scene. Bryce Hirkala was identified as the driver of the black BMW, and officers did recover a backpack from the water, which contained marijuana and drug-related paraphernalia, including a rolling tray and cigarillos. More marijuana and drug-related paraphernalia was found in the vehicle after being searched. He was arrested and transported to Montgomery County Jail for booking. In August 2022, Hirkala was given judicial diversion on two felony drug charges and was placed on state probation.

Bryce Carl Hirkala of Prestwicke Pl in Adams, TN, was booked into the Montgomery County Jail on December 13th, charged with tampering with or fabricating with evidence, possession of marijuana with intent to sell or deliver, and unlawful drug paraphernalia. A judicial commissioner set his bond at $35,000.