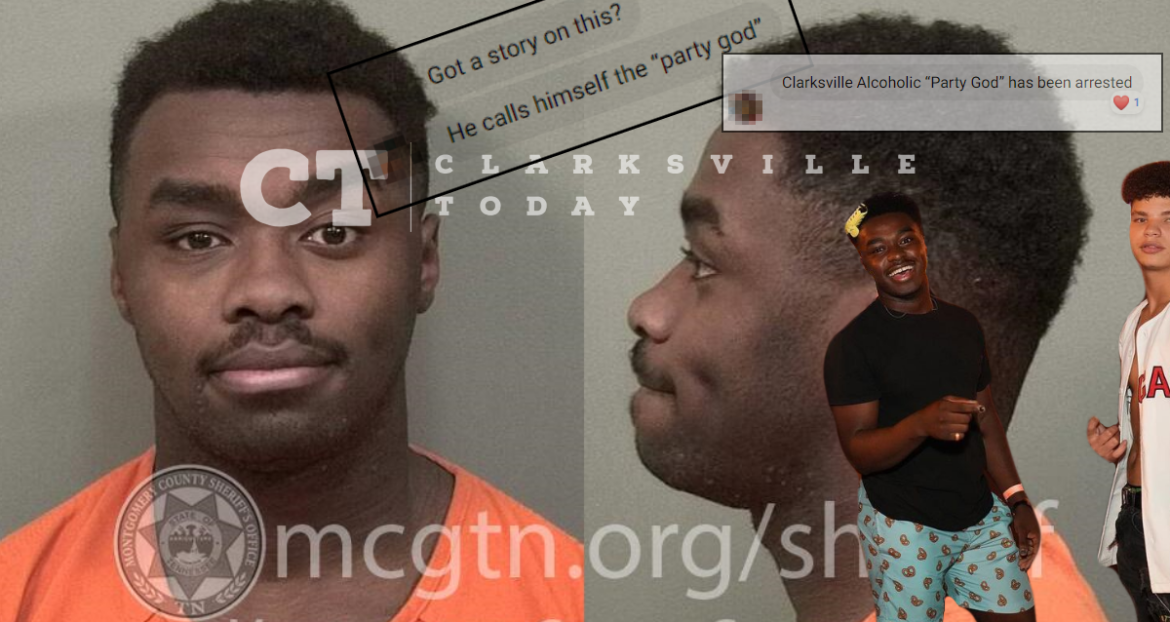 21-year-old self-proclaimed “Party God” Decorius Lamar Simpkins was booked into the Montgomery County Jail on December 20th after he failed to appear for a July court date, and a warrant was issued for his arrest. The original charge stems from a citation issued in June, when he was 20 years old, charging him with underage possession of alcohol and marijuana. Officers encountered him at a house party that the police shut down.

Decorius Lamar Simpkins of Cades CV in Clarksville, TN, was booked into the Montgomery County Jail on December 20th, charged with simple possession/casual exchange and a minor possessing alcohol. A judicial commissioner set his bond at $500.