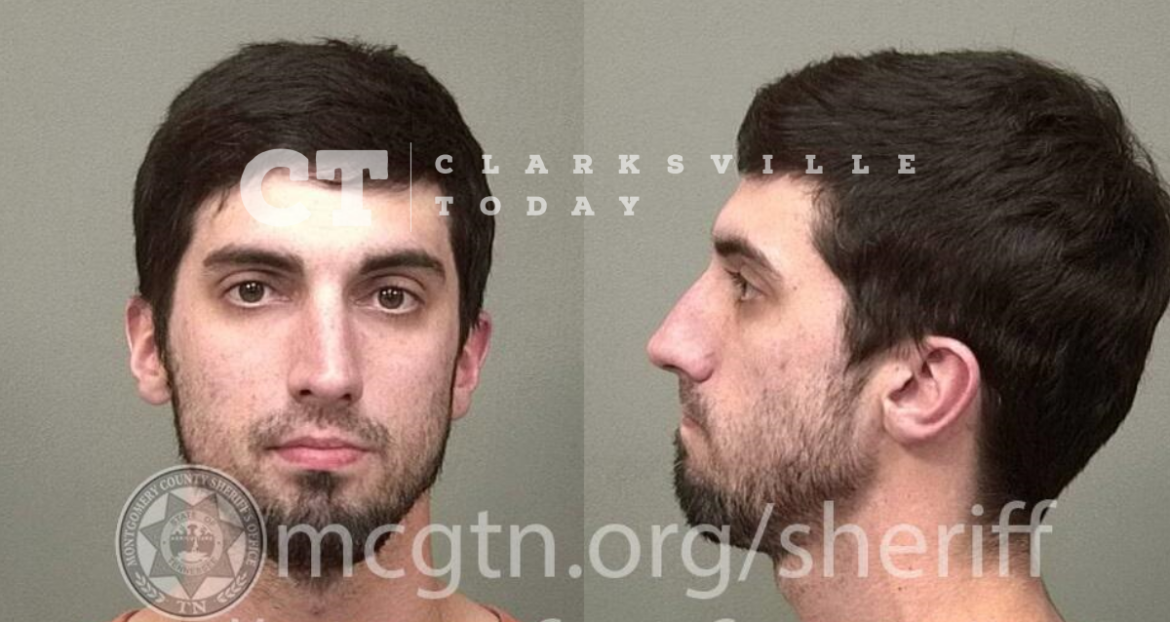 27-year-old Kalvin Daniel Giordano was booked into the Montgomery County Jail this week after he failed to appear in court for a year-old citation for possession of less than a half-gram of marijuana. The original citation was issued in July of 2021 when an officer approached him at the Gateway Inn & Suites, and he disclosed he had a small amount of marijuana on him when questioned. According to an arrest report, the weight of the marijuana was just under half of a gram. Police say he was scheduled to appear in court in November of 2021 but never showed up. A judge issued a bench warrant for his arrest, which was served on him this week. He is free on a $2,500 bond.

26-year-old Fort Campbell Soldier Gabriel Walker Farley was driving his white Dodge Challenger on November 2nd, when Deputy Padilla conducted a traffic stop for his window tint being too dark. Farley consented to a search of his person, including a black fanny pack around his shoulder, in which was .63 grams of cocaine and .99 grams of marijuana. A gun was also located in the center console.