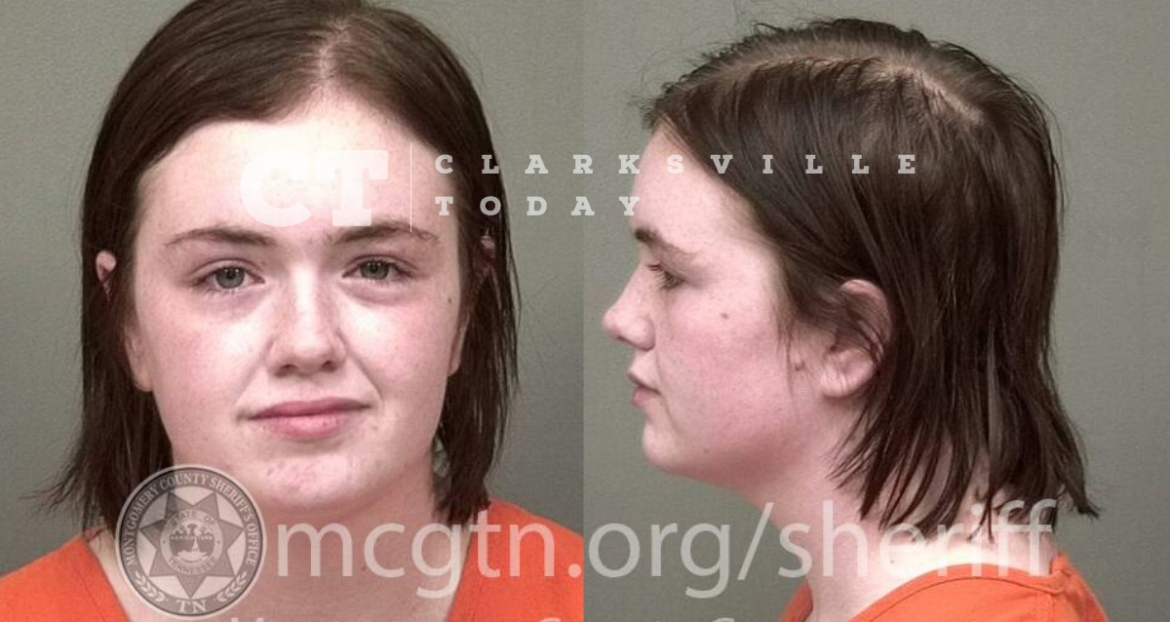 21-year-old Haley Lynn Hall was parked with her husband, Travon ‘Tray’ Weaver, outside of Advance Financial on Wilma Rudolph Blvd on January 4. As the couple sat in their burgundy Honda Civic, they had a verbal altercation about food. Haley then reportedly exited the passenger side of the vehicle, walked around to the driver’s side of the vehicle, where Travon was seated, and slapped him in the face. She was taken into custody and charged with domestic assault.

Haley Lynn Hall of Andersonville Dr in Clarksville, TN, was booked into the Montgomery County Jail on January 4th, charged with domestic assault. A judicial commissioner set her bond at $250.