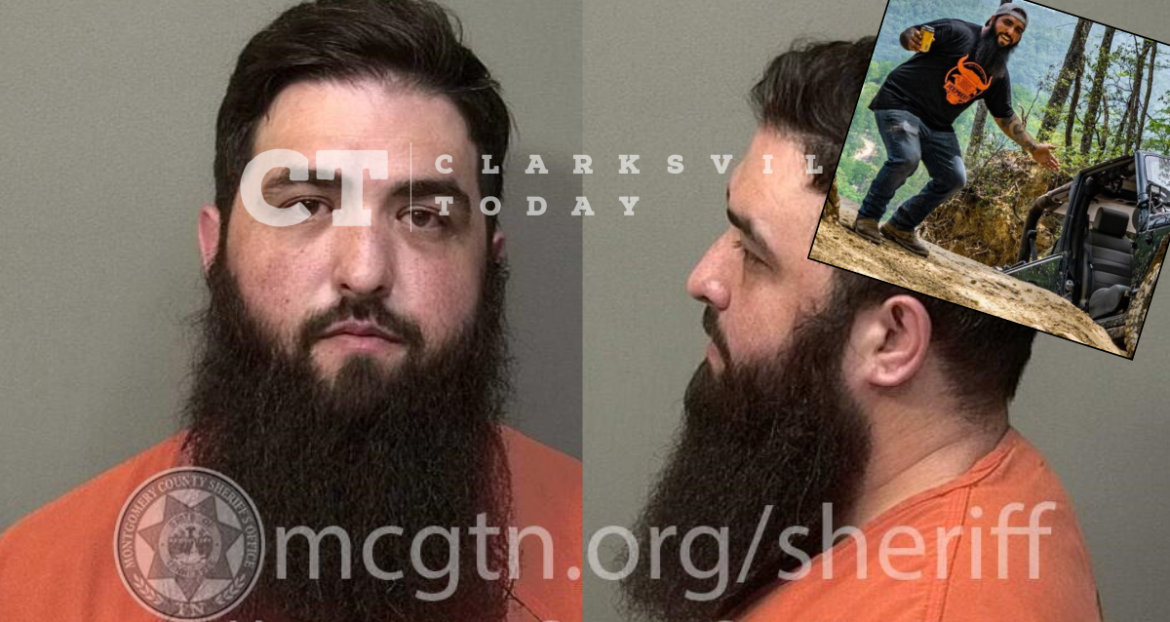 31-year-old Nicolas Blair is charged with the domestic assault of his girlfriend, Carly Day, after she says she was trying to leave the residence following an argument and states he held her against her will, pushing her against a vehicle and throwing her to the ground. Deputies arrived to find the victim with debris on her arms. The couple had reportedly just returned from a concert in Nashville before the argument began. Blair is a brand ambassador for Fishbone Offroad, JeepBeef, and Mission 22.

Nicolas Taylor Blair, of York Rd in Clarksville, was booked into the Montgomery County Jail on May 29th, charged with domestic assault. He is free on a $2,000 bond.