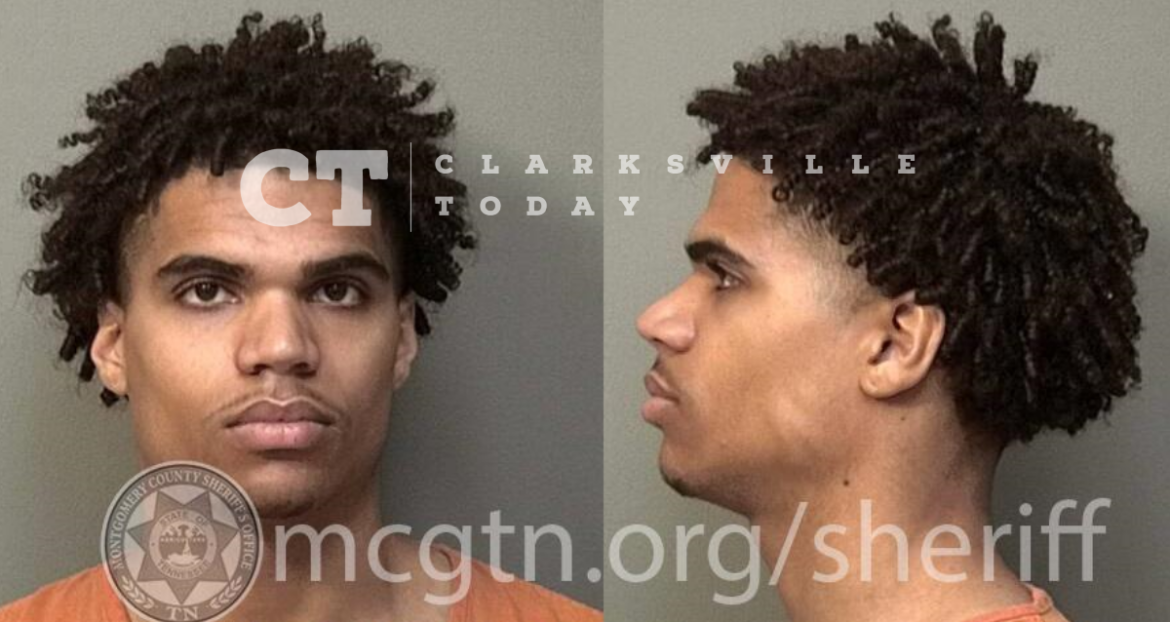 Madison Gerkin called police on March 14th to report that her 19-year-old boyfriend, Malik Isaiah Scott, had assaulted her multiple times last year between August 20th and December 31st, 2021. She stated there were multiple verbal and physical altercations, and that he strangled her three times during that period, one of which caused her to lose consciousness.

She told officers once last year when she was driving he punched her, so she pulled over on the side of the road and he continued to punch her. She says during that five-month period she was also thrown against the wall and pushed over the foot of her bed. Madison Gerkin also reported that Malik ripped a sweater off of her and threw a drink at her face, then held her head onto his legs until she couldn’t breathe.

Officer Darrius Robinson then took out a warrant charging Malik with felony aggravated domestic assault, and he was taken into custody the following day.

Malik Isaiah Scott was booked into the Montgomery County Jail on March 15th, charged with felony aggravated domestic assault. He is free on a $2,500 bond via Keesee Bonding Company and released to his 1160 Eagles Bluff Drive address in Clarksville.