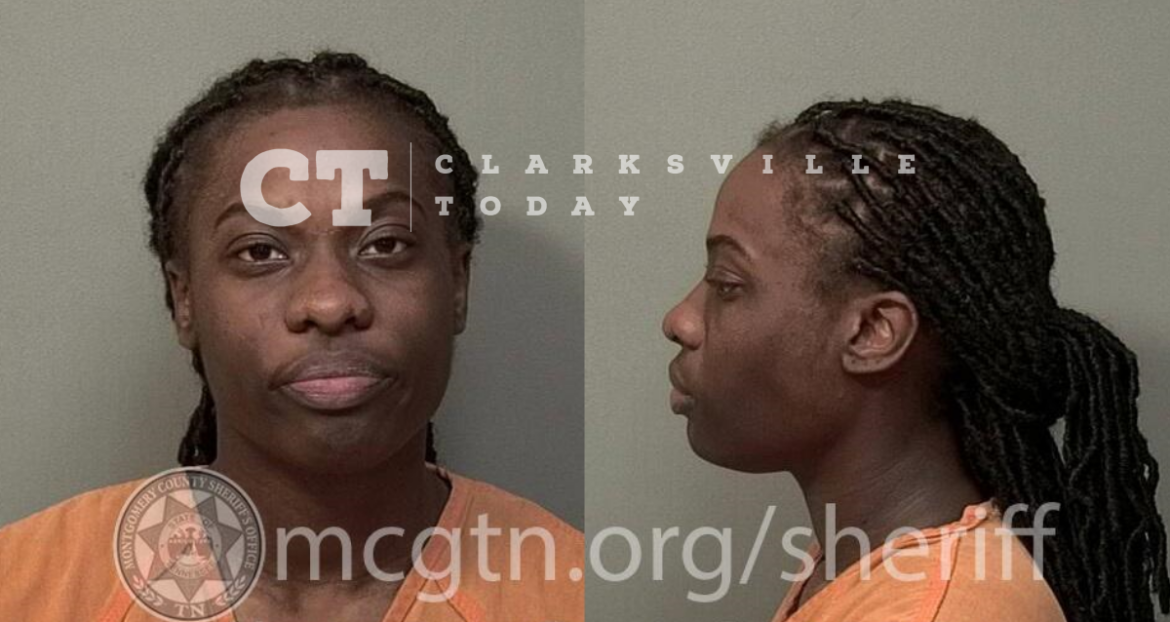 Clarksville Police responded to a potential entanglement-in-progress at the Landings at Riverside Apartments on March 28th. Erin Brown told police that her girlfriend, 22-year-old Ft. Campbell Soldier Tequila Towns had brought her friend, Chianti Simmons, to the apartment and asked Towns if the three of them could have sexual relations together, which started an argument, resulting in Brown demanding that Towns leave the apartment.

As Brown was packing up Towns’ things, Towns reportedly pushed Brown and strangled her in a chokehold until she was unable to breathe, and officers document petechia in both eyes of the victim. The potential thruple applicant, Simmons, told police she heard some type of struggle coming from the bedroom and decided to call 911 when she says Towns was on top of Brown, assaulting her.

Tequila Arnee Towns was booked into Montgomery County Jail on March 29th, charged with aggravated domestic assault. She is free on a $5,000 bond to her 182 Nantuckett Drive address in Clarksville. She is prohibited from using a possessing a firearm, except for military duty, as a condition of her release.