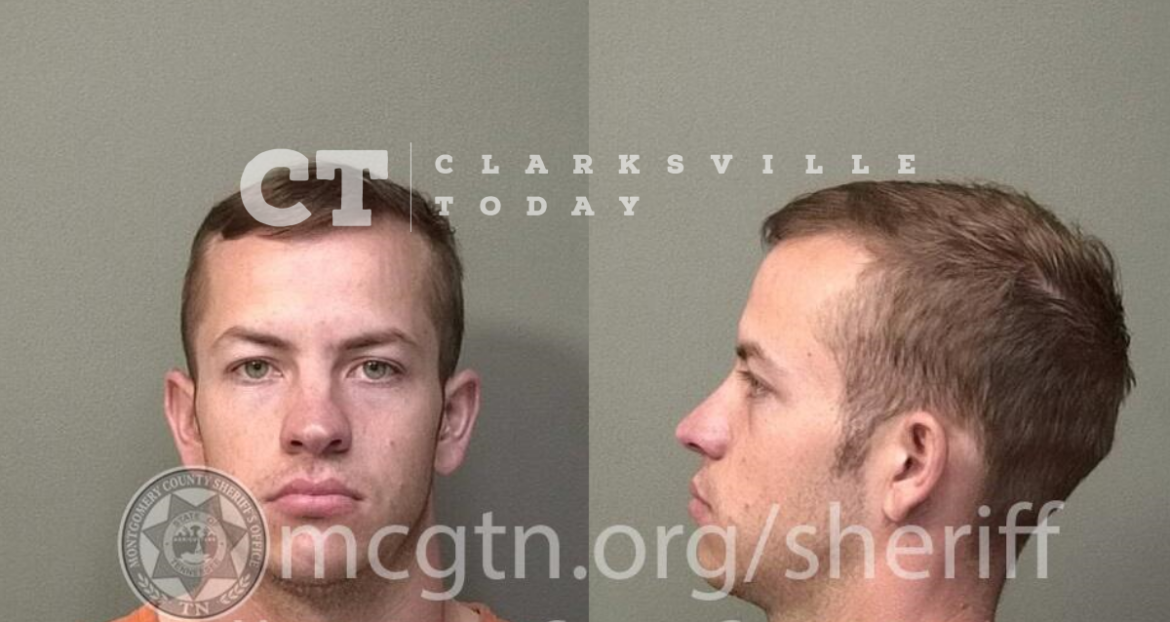 27-year-old Fort Campbell Sergeant Luke Anthony Jackson is charged with the domestic assault of his wife, Harmony Jackson, after an argument left her cowering in a closet as he beat through the door. Officers arrived at the Clarksville home on May 22nd, where the victim stated she retreated to the closet to escape from the argument, and once she was inside the closet, Luke began punching and elbowing the door near the victim. Once he had broken through the door, she was able to escape and take the children to another room, and on her way out, he raised his leg as if to kick her, and when she went back later to take a photo of the damage, he knocked the phone from her hand.

Luke Anthony Jackson, the 5’8″ E-5 at Fort Cambell, who lives on Bloomington Trace in Clarksville, was booked into the Montgomery County Jail on May 22nd, charged with domestic assault.
He is free on a $250 bond, posted via 2nd Chance Bail Bonding.