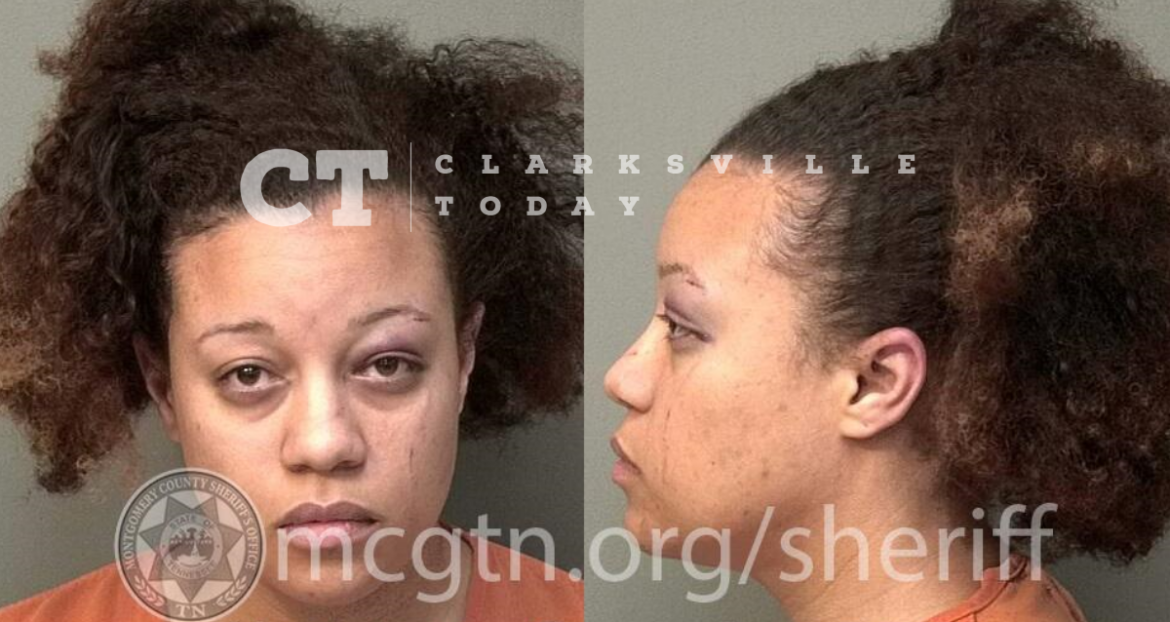 Sean Bronaugh says he was awoken from his sleep around 7 a.m. on March 27th, as his wife, 31-year-old Jasmine Bronaugh, returned home from Fort Bragg and began to hit him in the face, upset that she believed he was cheating and had thrown a party in her absence. She ran upstairs with his phone and locked herself in a bathroom. Sean broke through the door in an effort to retrieve his phone, and the couple began “wrestling around with each other” according to an arrest warrant. Both parties would be jailed for domestic assault.

Jasmine Nichole Bronaugh was booked into the Montgomery County Jail on March 27th, charged with domestic assault. She is free on a $500 cash bond to her 1009 Garner Hills Drive address in Clarksville. Sean Bronaugh was also charged in this case.

One thought on “Jasmine Bronaugh assaults husband, says he partied & cheated while she was at Fort Bragg”